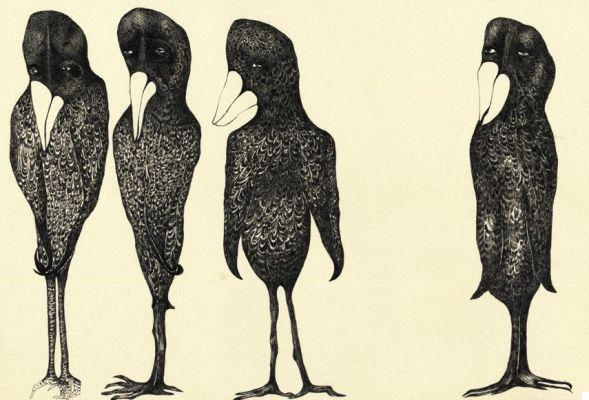 Every day we reject something. We reject products that don't satisfy us, ideas that don't fit ours, opportunities that we don't like, and even people who don't share our values. Every day we activate some kind of quality control system, which makes us work in "Refusal mode". The fact is that every choice implies a refusal, but when we are the victim of rejection everything changes. We feel severe pain because we perceive rejection as an attack on our "I". Rejection directly affects our self-esteem and makes us feel bad. These feelings are not unusual, as a study conducted at the University of Michigan found that rejection and pain share the same neural networks. This is why we sometimes experience rejection in a particularly intense way, especially when it comes to social rejection. In this case, we can also experience physical pain.

The most common reactions to rejection are:

- Waves of anger. Anger is one of the most common reactions to rejection. In fact, it's usually the first response, an automatic reaction. A refusal could upset our plans and we do not like this, as a result we get angry. But this anger is not as temporary as we might think. Several studies have shown that, after a rejection, anger remains, only that it is directed towards the people around us. Therefore, without realizing it, we can overreact to a trivial comment from another person even hours after the rejection.
- Sense of guilt. Guilt usually appears later, when we reflect on what happened and, instead of taking only our share of responsibility, we feel guilty about what happened. The most common situation is that we react with anger, we lose control and, later on, we feel guilty. We then make a mental list of all our mistakes and punish ourselves for them.
- Unhealthy obsession. In some cases, rejection causes a real obsession. In essence, what has been denied us turns into "forbidden fruit" that we want at all costs, for which we are also willing to sacrifice our psychological balance. It often happens when a person is rejected by someone they love.Obviously, none of these reactions are positive, they all introduce us into a vicious cycle of negative emotions and behavior. Indeed, rejection affects our ability to concentrate, like a toothache. In fact, some psychologists at Case Western Reserve University have found that simply thinking about a situation in which we have been rejected arouses many negative emotions and is so destabilizing that our IQ drops by as much as 30%.

How to react effectively to rejection

Most people think they suffer from what happens to them, that if their resume is rejected or if their partner decides to end the relationship, these are the causes of their suffering. In reality this is only part of the story. We do not react to events, but to the perception we have of them, we react according to our expectations and, above all, according to the importance we attribute to this situation.Therefore, to better deal with rejection and minimize negative consequences, it is advisable change some beliefs.
1. It is not something personalThe only reason we suffer from rejection is because we care a lot. Because in fact, only what we value can hurt us. Thus, by learning to practice detachment, we will achieve that rejection hurts us less, to the point where it does not matter to us, because we will no longer be tied to people and things in a possessive way, we will no longer consider them as an extension of our "self. In fact, one of the errors of judgment we commit is to take rejection as a personal affront, but most of the time it is not. What happens is that when we are rejected we tend to generalize, convincing ourselves that we are not good enough, capable or ready to receive attention. But always remember that the person who rejects only knows a part of you, but you are much more than that.
2. It's not you, it's your fearsWe usually do not react maturely to rejection, our fears and insecurities take control and we respond by generating a feeling of discomfort. But the hurt person we become when we are rejected is not us, it is just a reflection of our dissatisfaction, fear and inability to face the world as it is.Remember that the voice speaking to you is not yourself, but only a reflection of that part of your "me" that focuses solely on failures and rejections. But you are much more than that. So it's important to learn how to mend the pieces as quickly as possible. When faced with rejection, do not react immediately, take time to think about the next step you will take. When you force yourself to think, the rational brain takes over and silences those emotions that do not allow it to analyze the situation objectively.
3. This is not the first time you have received a rejectionRejection is something that almost all of us experience in childhood. At that stage of our life when we are dependent on adults, rejection leaves very deep scars because it indicates that we need to change something in order to gain acceptance and ensure our survival in society. Therefore, it is likely that this experience has left a deep mark somewhere hidden in your memory and is reactivated each time you experience rejection.In this case, you are likely to overreact to the rejection, showing that you are extremely sensitive, angry or resent. Therefore, it is necessary to look back to find the primary source of this overreaction more typical of a child than a mature adult. Likewise, you must consider that rejection is part of social relationships. You will not be the first person to be rejected, much less the last. Knowing a little history can be useful, because it teaches us that great successes were not built on luck, but with perseverance, passing from one refusal to the next without ever losing hope. Many successful people have tasted rejection multiple times.
4. It is not one door that closes, but a thousand others that openWe are used to thinking of rejection as a door that closes, a lost opportunity. And so it is. However, in the universe of possibilities, a closed door is not necessarily a bad thing, but implies the possibility of encountering a thousand other open doors. Our life is nothing more than the concatenation of a series of decisions, some of which were made due to rejection. So rejection can become an opportunity to start something new, to take another path, which is not necessarily better or worse, just different. Think of rejection as a woven tapestry seen from below. If you look at it from this point of view, you will only see a tangle of knots and colors without any sense. However, if you look from above you will see the tapestry in all its glory and with a precise meaning. Changing the perspective can take time, because we don't always have the necessary psychological tools, or maybe because we are too overwhelmed by emotions, but relaxing and changing our point of view is something that is really worth it. In any case, a rejection implies the possibility of growing, maturing and becoming more resilient.
5. You have the same right to refuse as others to refuse youIf you don't like something you don't have to buy it. Likewise, if you don't like someone, you don't need to continue to cultivate their friendship. The people we meet every day have the same right, which means that rejection is one of the cards at their disposal and they can play it at any time. We don't have to feel uncomfortable about it. If a person wants to let you into his life it is better not to insist, it is likely that our dreams, ideas and values ​​do not coincide with his. Either way, getting stressed out is just a waste of energy and time. The smartest thing to do is to find people who can value us, accept us as we are and make us feel special. The fact that someone rejects you does not mean that you are worth less, it just means that you are different. If someone doesn't appreciate your talent or isn't willing to take the time to get to know you, it's not your problem, it's theirs. signal to indicate that we are not on the right path.
When things go wrong don't get carried away by them ❯

Emotional Pain: What doesn't kill you makes you stronger

add a comment from When rejection hurts: 5 perspectives to heal emotional wounds