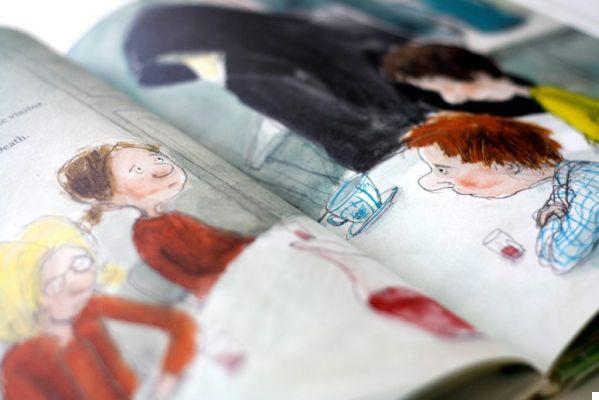 “Every day we get up slightly different, the person we were yesterday is dead,” said American writer John Updike. "Why be afraid of death if it visits us continuously?" He wondered. President Charles de Gaulle also tried to play down death by stating: "What we think of death matters only for what death makes us think of life." But despite these fine words, death continues to terrify us. Not only ours, but also and above all that of our loved ones. We fear the prospect of losing the people we love. And if an adult can't handle the idea of ​​a loved one's death well, how can a child cope with such a loss? "Cry, heart, but never break", is a real jewel that will help children understand death. It is by the Danish writer Glenn Ringtved, who specializes in short stories for children, and contains some magnificent drawings by Charlotte Pardi. Anyone who knows this writer knows that he is famous for his twisted stories, but this short story is very special because it comes from his personal experience. Indeed, it is the writer's attempt to explain to his children the inevitable and imminent death of their grandmother from inoperable cancer. The writer recalls that at one point in time, the elderly woman told the children that the heart cries but never breaks, this was the way she chose to ensure that after the deep sadness of the loss, life would continue.

The story begins in a small and cozy house, where four children live with their grandmother. One day they receive an unexpected visit, it is Death knocking on their door. But not wanting to scare the children, he let out his scythe. And this unexpected gesture on the part of a character we usually consider macabre suddenly reveals an unexpected tenderness. 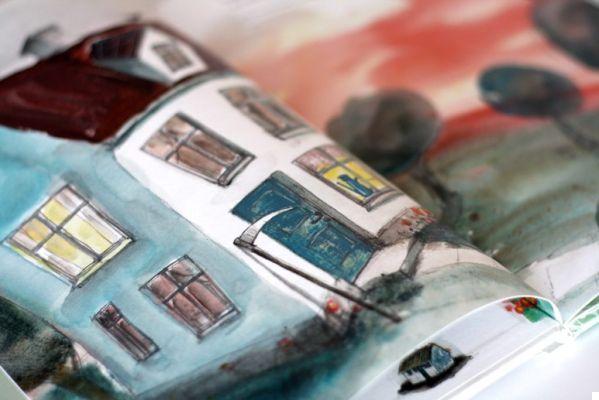 When Death enters, he sits down at the kitchen table. Everyone knows who he is, and they are also aware that they can't do anything. Only the youngest of children, Leah, dares to look her directly in the eye. 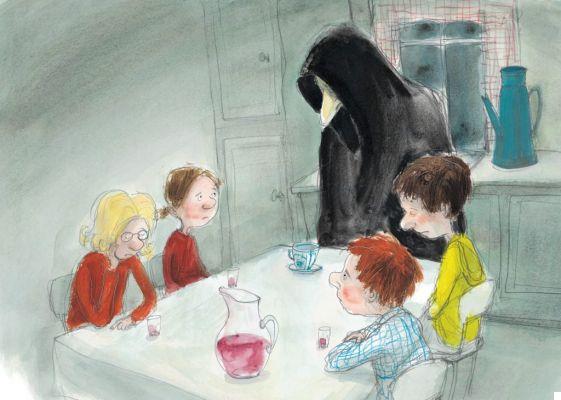 Undoubtedly, what makes this book particularly poignant are the images, which show a discouraged Death, as if it were hard and painful to complete its task. Thus, little by little, the writer strives to make us change the image of the loss. In this way he also tries to make the children see this "guest" more naturally. 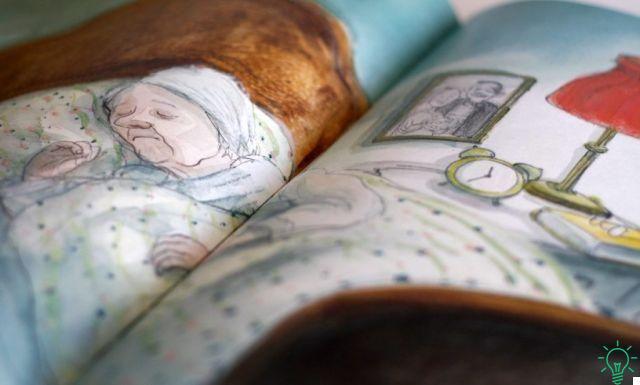 “In the silence, the children could hear their grandmother's breath, the same sighs of the person who was next to them at the table. They knew Death had come for her and there wasn't much time. ”To stop the inevitable, the children come up with a plan. Since they think Death only works at night, they decide to continually refill his cup of coffee until dawn, at which point, they think, he should have left without his grandmother. At this point the writer performs another miracle and reveals the human and even normal side of Death and somehow suggests to us that, in a sense, it is also a hymn to life. His goal, once again, is to play down the moment and convey to children the idea that it is a natural process. 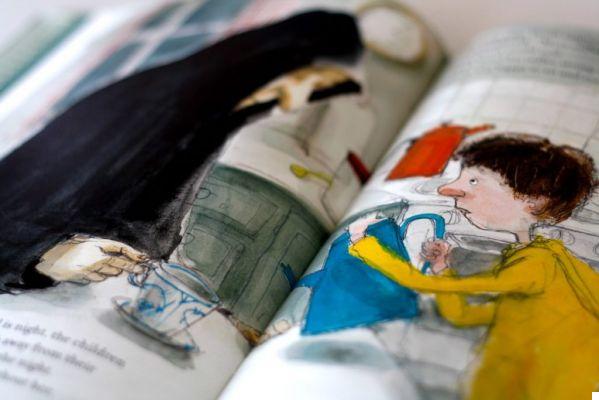 But death finally covers the cup with its bony hand to indicate that the time has come. Then Leah takes her hand and begs her not to take her beloved grandmother away. "Why does Grandma have to die?" he asks. 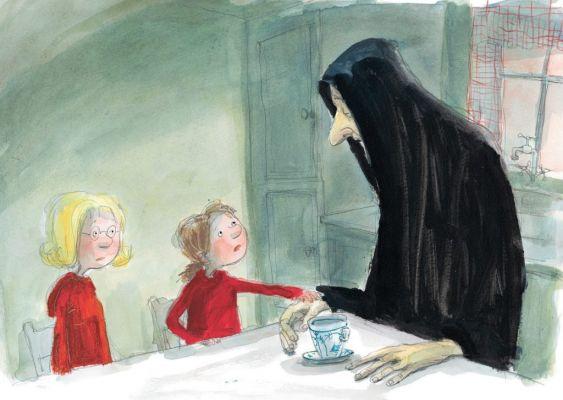 It is then when Death's most understanding face is revealed that he decides to respond to Leah by telling him a story, hoping that she understands why her mission is natural and necessary. 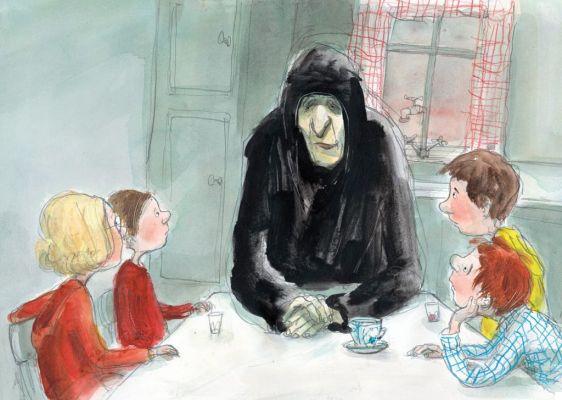 He tells him about two brothers named Pain and Pain, who lived in a dark valley and their days passed "slowly and heavily" because they never had the courage to look beyond the shadows on the top of the hills. 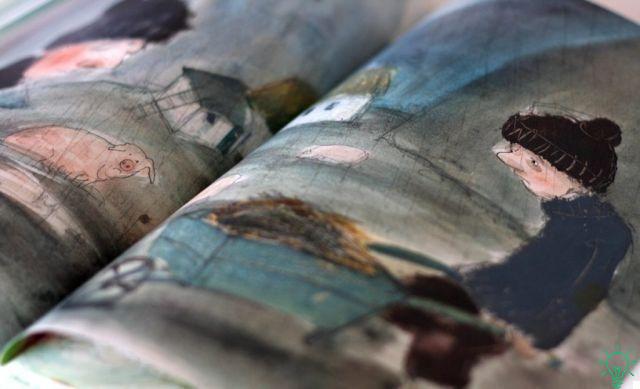 However, beyond those shadows, Death explains, there lived two sisters who were called Joy and Pleasure. They both lived happy, but they felt that something was missing and they were unable to fully enjoy their happiness. 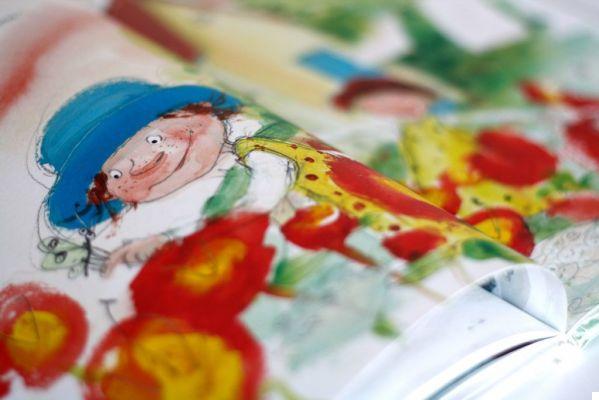 Suddenly, Leah imagines the end of the story: the two boys met the two girls and fell in love. Thus two perfectly balanced couples were formed: Pain and Joy, Pain and Pleasure. Death explains that she does the same thing with life. What would life be like if there was no death? Who would enjoy the sun if it never rained? Who would anxiously wait for the light of day if there was no night? When death finally rises from the table, the younger son tries to stop it, but his older brother discourages him. A few minutes later, the children upstairs hear the sound of an open window and a voice that whispers: "Fly soul, fly, fly away". 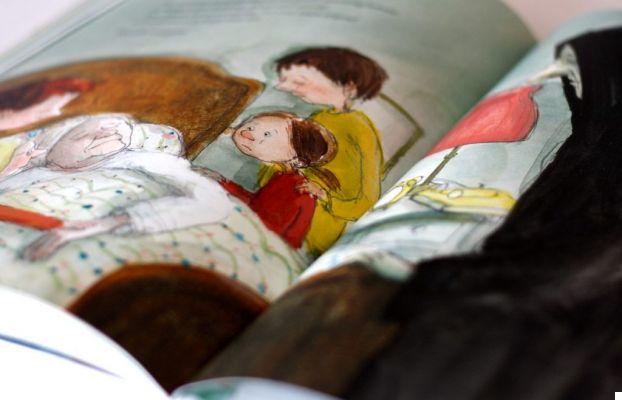 They go up the stairs and find that their grandmother is dead. In the illustrations it is perceived as a moment of great sadness, but also of great tranquility. A light breeze comes through the windows and moves the curtains. Then Death says, “Cry, heart, but never break. Let the tears and the pain help you start a new life ”. Then it disappears. 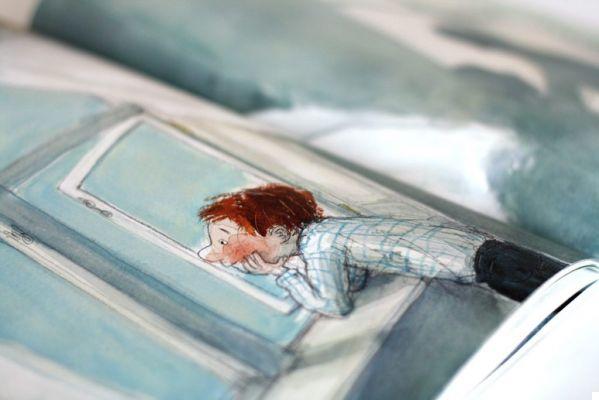 Now, every time the children open a window, they think of their grandmother. And when the breeze caresses their face they can almost feel the touch. Because death does not deprive us of our loved ones, but immortalizes them in our memory. 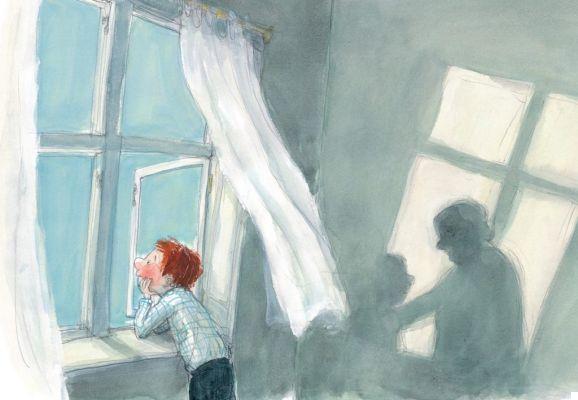 add a comment of Cry, heart, but never break