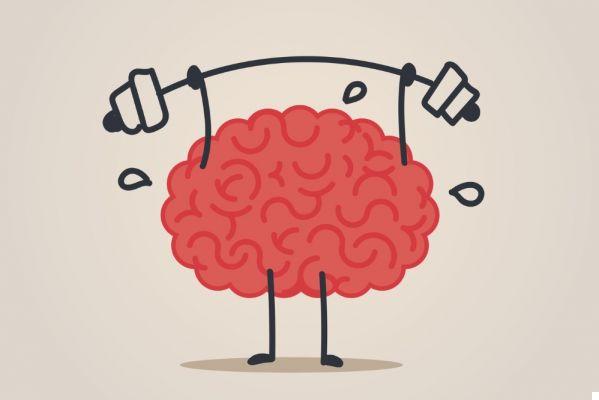 Mental strength is not a new concept. Centuries ago, Stoic philosophers spoke of the importance of developing the psychological strength needed to better deal with life's adversities. Indeed, in a way it could be said that the Stoics were the forerunners of modern self-help psychology.

Developing mental strength means putting in your backpack the tools you need to face life. Sooner or later we will have to face adversity, fail and suffer losses, in those moments, if we do not have the necessary psychological strength, we could fall victim to negative automatic thoughts and exaggerated passions. For this reason, it is imperative that day after day we make sure we feed our mental strength.

The 3 most valuable tips of Stoicism to develop mental strength

The Stoics started from a key idea: they assumed that it was not the events that disturbed us, but the judgments we formulate about them. For example, the fact that we are fired by an employer may seem very bad, but if we can later find a new job with better conditions then it will have been a good thing. Saying goodbye to that job will push us out of our comfort zone.

This means that events are not good or bad in themselves, it is the interpretation we give them that acquires a positive or negative value. Therefore, we must assume that it is not the facts, but our expectations and the evaluation of them that will end up influencing us.

1. Always ask yourself what's the worst that can happen

The Roman emperor and one of the greatest exponents of Stoicism, Marcus Aurelius, wrote: "He begins every day by telling you: today I will encounter interference, ingratitude, insolence, disloyalty, unavailability and selfishness ..."


Why should we start the day with this seemingly negative thought? Because this is how we prepare ourselves mentally and do not succumb to unreal expectations. It may seem a little depressing at first glance, but the truth is that the people we need to relate to can be particularly difficult. However, we expect them to behave well, so when conflicts arise, we get angry and fall victim to frustration.

Asking ourselves what's the worst that can happen to us isn't being pessimistic, just as taking out life insurance doesn't mean wishing to die, it just means we're realistic and want to be prepared for what might happen.

When we embrace naive optimism, it turns into a toxic optimism that feeds on unreal expectations about events beyond our control, so we end up frustrated and it is easier for us to fall victim to a nervous breakdown.

Seneca also encourages us to prepare in advance so that nothing catches us by surprise because, in his words: “the unexpected has devastating effects, adding to the weight of the disaster” so that the anguish we feel increases. The solution lies in imagining the worst possible scenario, to strengthen the mind and prepare for it.

Of course, it's not about making a storm in a glass of water and developing a catastrophic thinking that increases the anguish even more, it's just about adjusting our level of expectations, being aware that things won't always go our way. .

The Stoic philosopher Epictetus called it hupexhairesis. Basically, it is the same as when we say "if luck permits" or the classic "if God wills". It is the reserve clause, that is, recognizing that at least part of the result is beyond our control.

When you use the reservation clause, if things don't work out, your self-esteem won't be affected and you won't be tempted to give up on your goals. You know that you are not 100% in control and, therefore, it cannot be 100% your fault.

This is not an excuse not to try, it simply means recognizing that we have some degree of control over the process but not the outcome. For example, we can't aim to get the highest score on the exam, but we can aim to study hard to get the highest possible score.

This way we can set more realistic goals and we won't be frustrated if we don't achieve what we want. When we focus on what we can control, we also find it easier to design a realistic action plan. In fact, it has been seen that when we focus on results we tend to be weaker, while focusing on effort allows us to do better.

If we believe we are in total control, reality will remind us that we are not, which will make us angry and we will give up more easily. Instead, just focus on what we can control. Plain and simple: do everything you can. Seneca summed it up by saying: “The wise man looks at the purpose of all actions, not at their consequences; the beginnings are in our hands, but luck determines the outcome and this does not have the power to change my verdict on me ”.

When we are depressed and want to give up, the Stoics knew that what we need is some perspective. The world is a wonderful place and life is very long, but when we make mistakes we forget them and the only thing we can think about is this setback, the failure or the mistake we made.

So, we just have to step back and look at the whole picture. Marcus Aurelius said: "many of the anxieties that haunt us are superfluous: being only creatures of our imagination, we can free ourselves from them and expand into a wider region, letting our thoughts embrace the entire universe".

The Stoics spoke of "looking from above" in reference to a simple perspective exercise. Imagine seeing yourself from the sky. You will notice how small you are compared to the city, and how small the city is compared to the nation. Then you will realize that the country is small compared to the world and later, that the planet is only one point in the galaxy.

This does not mean that we are insignificant, just that we are sometimes caught up in our interpretation of events. Psychologist Daniel Kahneman baptized this phenomenon as a "focus illusion" stating that "nothing in life is as important as you think it is while you are thinking about it".

When you put problems into perspective and gain a broader view, you will be better able to resist the influence of the illusion of focus and will remain mentally strong even under the most intense pressure.