How to turn mistakes into tools for change 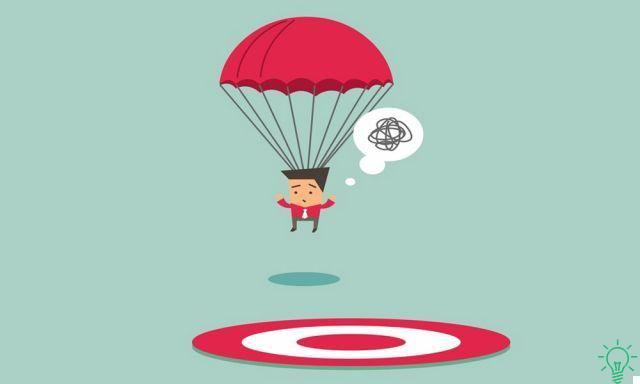 We all make mistakes. It is useless to try to avoid them because they are part of our life. In fact, thanks to them we are able to take a step back, restructure our beliefs and grow. But mistakes only allow us to grow when we use them as tool for changeConversely, those who have a negative perception of errors remain attached to them. If we make a mistake but don't learn the lesson, we'll keep repeating these mistakes or get stuck with guilt, so one of the most useful techniques we can learn in life is a simple NLP (Neuro Linguistic Programming) exercise developed by Robert Dilts. . The exercise is based on recognizing the lessons we can learn from our mistakes. It consists in carefully examining the positive part of that behavior that initially seemed negative.This exercise is based on the idea that, even if at first we are not aware of it, all the decisions we make at a certain moment in our life are the most appropriate. This does not mean that mistakes do not have negative consequences, if we are wrong it is likely that we will hurt ourselves or others, but it is a learning process that will transform us into better people. If we can take advantage of it.

1. Look for a behavior you want to change, one of those things you do often but regret constantly. It's about identifying that habit that makes you feel bad and that you want to get rid of. But focus on something relatively simple, don't start with the most complicated habits or ones you've been repeating for many years.
2. Ask yourself what are the limiting beliefs that are related to such behavior. What beliefs underlie this habit and support it? Basically, try to honestly answer the question: Why do I do what I do?3. Think carefully about the negative behavior you have chosen. What are the negative consequences and why do they make you feel bad? Examine the effects on yourself and the people around you. Don't lie, thoroughly analyze what you don't like about this habit.
4. Amplify the negative feeling. Most people avoid negative emotions, which is what is known as experiential avoidance. Instead, you should just amplify those feelings: What's the worst scenario you can imagine? How much pain could you get to feel? What is the guilt you would come to experience? The idea is to dramatically increase feelings, to the point of making them paradoxical or even impossible.
5. Look for the positive intention of the behavior. In general, any mistake or bad habit has a positive intention at its base, it's just a matter of meeting it. For example, losing your temper and starting to shout may indicate that you need to be heard, that you need to express your opinion, and can't find another way to do it. Understanding the positive intention of the behavior will help you see the behavior from another perspective.
6. Identify the positive effect of the mistake you are making. In essence, it is a question of understanding the usefulness of this error. At first it can be difficult to understand because in our mind we have labeled it as negative and we do not conceive the idea that it can be connected to something positive. Therefore, it is important to take the time to think that most of our behaviors also bring us some benefit. For example, raising your voice and getting angry can make others listen to us when they normally don't.
7. Relive the mistake as you experience a positive emotional state. This is an important step, and perhaps one of the most difficult, because the key is to relive this mistake or bad habit but with an unscrupulous and uncritical attitude. To do this I recommend first of all to enter a positive emotional state that makes you feel good, and in this regard meditation can help you, then imagine repeating the behavior but reacting differently, without feeling guilty because you did a mistake or you felt weak again. The idea is to find out how you react when you are not a victim of your emotions. This will give you a little script to follow the next time you find yourself in a similar situation. Finally, all you have to do is digest everything you have learned. But don't expect everything to change overnight, be patient. You will improve a little more each time you repeat the exercise.
How to turn conflicts into opportunities ❯