If you want to believe in yourself you need to fail 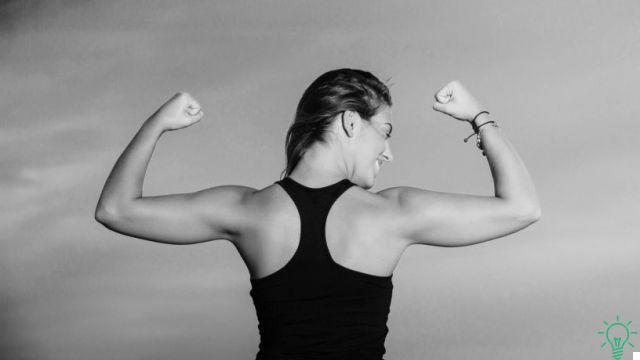 During the last few decades the idea of ​​"success" has haunted us, becoming one of the most characteristic signs of the dominant social narrative. We all, as perfect children of this society, pursue the goal of "succeeding in life". The problem is that this success is presented with very limited coordinates, which point to the accumulation of wealth, power and / or influence.

Obviously, in this context, "failure" is widely hated, it is something that we must avoid at all costs because it means that we do not fit into social standards, that we are not intelligent or capable enough to achieve the goal that everyone sets out to do. That is why, when we fail, we try to hide it, deny the facts or pretend that nothing has happened. The obsession with success and the fear of failure make us insecure and vulnerable.

In the late 90s, two Columbia University psychologists conducted an experiment that unearthed the damage caused by the pressure to succeed. The researchers asked a group of children to complete a series of exercises to assess their intelligence. But they gave them fake feedback that had nothing to do with their actual performance.

Some were told they had done well, others were praised as "little geniuses" and the rest were simply told nothing.

Thereafter, the psychologists explained to the children that they could choose between very easy tasks, which they would probably solve well but would learn little from, or more difficult tasks in which they could make mistakes but also learn new things.

65% of the children who were praised and labeled as "geniuses" opted for the easy task while in the other groups the percentage dropped by almost half.

Those children were only between 10 and 12 years old, which means that at that age we have already introjected the concepts of success and failure, in such a way that they begin to influence our decisions, limiting our possibilities for learning and growth.

In fact, one of the main problems with fearing failure is that it limits success. The more obsessed we are with success, the more we fear failure, which will cause us to make more cautious decisions which in many cases can take us away from our goal. It's a snake biting its own tail.

Resilience is a skill that grows in adversity. Those who have overcome a serious illness, for example, often recognize that the experience has strengthened them, allowing them to discover an inner strength they did not suspect they had.

When adversity knocks on our door, they force us to activate our psychological resources, thus revealing potential that we did not suspect we had. When we finally get out of this situation something will have changed within us: we will know that we are able to face difficulties and failures without collapsing.

So when we find ourselves in trouble again, we can count on our ability to move forward. We can fully trust ourselves because we know exactly how far we can go and what we can endure.

Singer and songwriter Neil Young talked about the idea of ​​failure as a catalyst for personal trust at the 2012 Slamdance Film Festival when asked what the path to success was:

“The other thing you have to be willing to do is to be able to embrace, accept and welcome failure into your life with open arms and a very broad vision. Make sure you always "welcome" failure. Always say: "failure, happy to have you by your side, come on". Because in this way you will not be afraid. And if you are not afraid, believe in yourself and listen to yourself, you are number one. Everything else is behind you. It's your life, your movie. Fuck everything else. "


The failures to which Young refers are those related to our life experiences, those failures that contain a teaching, both about ourselves and our circumstances, are failures that transform us because they allow us to glimpse an inner strength that we did not know. .

Failing allows us to understand that it is possible to start over and move on. It makes us stronger and empowers us, allowing us to know who we really are, what we are capable of and where we can get in life.

You are responsible for what you say, not for what others understand ❯