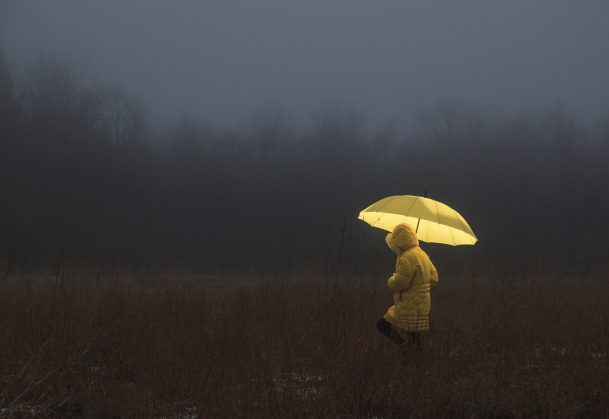 Bob Marley said, "You never know how strong you are, as long as being strong is the only choice you have." And he was not wrong, because the truth is that we never know how far we can go and how much we can grow, until we have the need to test ourselves.

A study by psychologists from King's College Hospital in London and the Royal Mardesen Hospital in Sutton analyzed how women diagnosed with breast cancer responded to the disease. They have thus identified five different attitudes: fighting spirit, fatalism, despair, anxious worry and denial.

These psychologists found that when the initial clinical conditions were similar, women who faced the disease with a sense of helplessness, hopelessness and fatalism had a worse course. Conversely, those with a fighting spirit and resilient attitude also had a better prognosis.

They also found that those who had experienced major traumas in the past and overcome them were more likely to resolve any problems that arise in the future. This was not only because the suffering had made her stronger, but also because it had taught him to trust in his own abilities, it told him that he could go on.

In this regard, Ernest Hemingway said: “The world breaks everyone and then many are strong precisely at the broken points”. In the face of adversity, we can break down and complain about what has happened or we can take advantage of the situation to get out of it to strengthen you.

A more recent study from the universities of Buffalo and California confirms that what doesn't kill us makes us stronger. These psychologists analyzed how 2.398 people between the ages of 18 and 101 coped with stressful situations and traumatic events in their lives.

They found that those who had experienced negative life events had better mental health and greater well-being than people who had dealt with current problems but had no serious problems in the past.

People who had experienced severe adversity in the past showed less distress, had no post-traumatic stress symptoms, and showed greater satisfaction with life. They also handled the problems of the present even better.

There is no doubt that adversity is excellent life lessons. On the one hand, they allow us to test our resources and, on the other hand, they instill confidence in us. When we hit rock bottom, the confidence we can build back is essential to keep fighting.

Navy Seals (special departments of the US Navy) are famous for their rather demanding physical preparation, which often takes them to the limit of their strength. According to them, we are able to endure much more than we think and go beyond what we aim for.

These soldiers argue that when our mind says "enough" we have actually only reached 40% of our capacity. Therefore, when we believe that we can no longer continue and are ready to throw in the towel, we still have a large margin of possibility: 60% more.

Of course, these figures are indicative, the most important thing is the underlying message: in certain situations, when we are about to abandon everything, what stops us and demotivates us is not a lack of energy, but only a mental block.

The 40% rule is a very useful tool when we find ourselves in difficult situations because it helps us to overcome our limits and change perspective, it tells us that we can take a step further, and then another and another ...

Of course, this does not mean that we must seek adversity or resist stoically against winds and tides, but when problems knock on our door, we must be ready to learn the lesson and, above all, know that we can rely on our strength.

Not all ills come to harm ❯

add a comment from You never know how strong you are, as long as being strong is the only chance you have