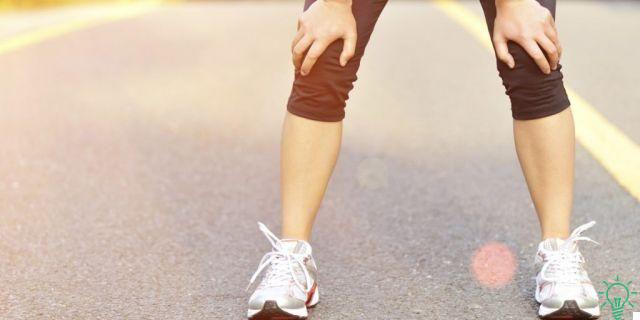 There are times in life when it seems impossible to keep moving forward. In those moments it is as if the energy and hopes have run out, then even taking the smallest step seems like an impossible undertaking. But before throwing in the towel you can make a last effort by putting the 40% rule.

The Marathon Wall teaches the value of psychological endurance

Those who have participated in a marathon certainly know "The wall of 30 kilometers", better known as the "Wall of the Marathon". In fact, most runners stop at this point in their first marathon and are unable to go any further. Curiously, up to this point everything was fine, but suddenly, the runner is assaulted by enormous fatigue. At this point the legs no longer respond, the body seems to have become heavy and the mind says “enough”. This phenomenon is caused by the fact that our body has a caloric reserve of glycogen that ends after approximately 30 kilometers of running. At this point psychological training, the power of the mind, comes into play. In fact, the 30 kilometer wall is not an exclusively physical phenomenon. It has been found that when the runner begins to notice muscle fatigue and thinks he cannot finish the race, he also experiences severe frustration which lowers dopamine levels. It is then when it is impossible to finish the marathon, however, when the runner manages to overcome this obstacle, he is more likely to be able to complete the marathon. We too, in everyday life, experience moments in which we seem to find ourselves in front of an insurmountable barrier, it seems that our forces have abandoned us and we cannot continue. But it is only a psychological barrier.

Newt Gingrich, an American politician, said that "Perseverance is the hard work you do after all the hard work you have already done." It is a phrase that captures the true essence of perseverance and determination. In this regard, the 40% rule applied by the famous Navy Seal (special departments of the United States Navy), known for the rather demanding physical preparation that takes them to the limits, is interesting. of their possibilities. According to these soldiers, we are all able to endure much more than we think and to go beyond what we propose. According to them, when our mind says "enough" we have actually reached only 40% of our potential. Therefore, when we are about to throw in the towel we could continue and try 60% more. Of course, this percentage is not to be taken literally, just keep in mind that when we are on the verge of giving up everything often the cause is not the lack. of energy, but only a mental block.The 40% rule is a very simple tool that helps us re-evaluate our limits and allows us to change perspective, it teaches us that if we really want to overcome our limits, we must take a step beyond and show our brain that this barrier is only a figment of our imagination.

How to apply this rule?

The main problem when we create a psychological barrier is that positive phrases are not very effective. In fact, they can sometimes be counterproductive and end up frustrating us even more. When we suffer from an emotional block it is difficult to get out of it with rationality. Therefore, bearing in mind that we have not yet reached our full potential, we just have to make sure to take it step by step.If we take it one step at a time we will not be afraid, but we will give ourselves time to regain self-control. In fact, the secret is that we shouldn't focus on the final goal, we don't have to remember how many kilometers of the marathon remain to run, but just think about the next steps. In this way, little by little, we will overcome the psychological barrier that we have created ourselves.
The psychological rule to console and be consoled without making mistakes ❯

add a comment of The 40% rule: Keep going when you think you can't