Being left behind: how to overcome the pain and recover quickly

La end of a relationship it is never a simple thing to deal with, both for the partner who makes the decision and for the one who suffers it. In both cases you will have to face a difficult and painful path, which only for the strongest and most tenacious will have a relatively short duration.

On the other hand, it is rare to find people who ask themselves the same questions after leaving. But it should be so, precisely because it is slightly simpler. Anyway, if you are reading these lines I think you have been left and want to understand how to get through this moment or how, instead, win back the former partner.

In the latter case, before proceeding with the reading, I invite you to take this short test that will help you calculate your chances of regaining:

If being left is not an easy thing to accept, be left out of the blue it is even less so. As experts in psychology explain to us, sudden abandonment is capable of producing strongly negative feelings and emotions.

We talk about sadness, disappointment, depression and loneliness that alternate with moments where anger wins over everything. This is because, the person left, feels he is worth little or nothing to the ex partner, to whom he had dedicated all his love and its confidence.

In fact, being left suddenly also means receive few explanations. Let me explain: if it were a decision matured over time, the partner would have been able to notice, understand and, perhaps, even anticipate the final move.

If, on the other hand, he "falls out of the pear tree", it means that he had absolutely no idea. This is perhaps the the most ferocious form of abandonment and brutal of all, which no person deserves to experience in their own life.

Being left suddenly and without explanation therefore becomes a traumatic event, which are associated with feelings of rejection, misunderstanding and repulsion. In fact, it is not only necessary to deal with the sudden detachment, but also to realize that the person you had at your side was perhaps not the one you believed.

If your ex partner left you out of the blue, then, let me tell you one thing: you haven't lost anything.

Being left for another or another

In addition to sudden detachment, one of the worst forms of abandonment also includes that in which one is left for another person. The basic speech in fact, is a bit the same: we already have to deal with the end of the relationship, let alone do it knowing that it all happened because of another boy or another girl.

This situation, wanting to look, is even worse than the previous one. Here we must not only accept the separation, but also imagine that, shortly thereafter, the ex partner will be with the person for whom he has decided to end the relationship he had. 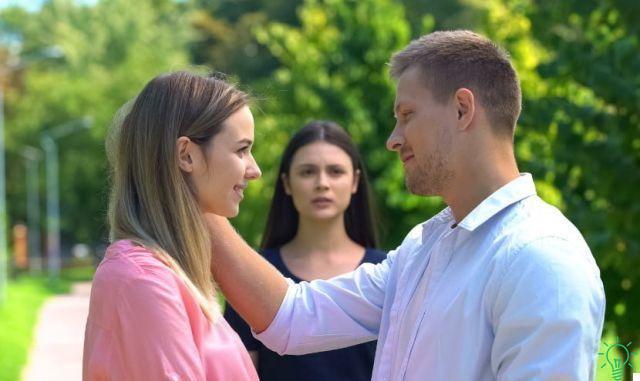 In this case, being left becomes a torture that cannot be stopped. I don't want to make fun of you, I know it's not easy: that's why I'm not here to tell you that, after all, it's not the end of the world.

Love is the most powerful double-edged sword there is, and as such it is capable of causing very, very heavy suffering. My intent is to try to help you get through all of this, whether you were left out of the blue, or you were set aside for someone else.

So here, as hard as it is, do not lose heart, because no matter how dark the tunnel may be, remember that at the bottom you will find a dazzling light ready to make you shine again.

Being left: pain and not being able to react

"But how? You just told me not to lose heart and now you talk to me about not being able to react? " Well yes, because first you have to face reality: if you are reading this article it is because you are suffering and have not yet found a way to move on.


In reality though, there is no magic formula that will help you feel good again overnight. Recovering from the end of a relationship is a process that takes time, patience, determination and strength.

Attention, do not get me wrong: The fact that you are suffering and unable to react does not mean that you are a weak or fragile person, in the most absolute way. What I am trying to tell you is that you will have to work on yourself, because this is theonly way out you have.

Suffering from the breakup of a relationship is normal; what is not normal, however, is to feel in a stalemate, which does not go forward or backward. A situation where one feels immobilized by pain, which leads us to lose all enthusiasm and interest.

This could be a symptom of the fact that the relationship you were experiencing was not entirely healthy. We are talking about those relationships of emotional dependence in which the partner, with his presence, was able to fill some gaps.

Hence, with its absence, those voids not only return, but they look even bigger than before. In this case you are not suffering for love, but because you feel lost, which is different.

How to recover after being left?

Here we are at the gist of the matter: how to be able to recover after being left behind. Before we begin though, let me warn you about certain behaviors which, instead of helping you, would only make your current condition worse:

This, however, is certainly not the place to focus on speeches of this kind. That's why, if you want to deepen the discussion, I suggest you read this guide. Returning to us, however, now we will see what to do to recover after being left:

This is a mistake that is made by most people who are left by their partner: idealizing the romance. What does it mean? Simply not to be rational and objective, but look back and rethink the story experienced as perfect, free of misunderstandings, quarrels or discontent. 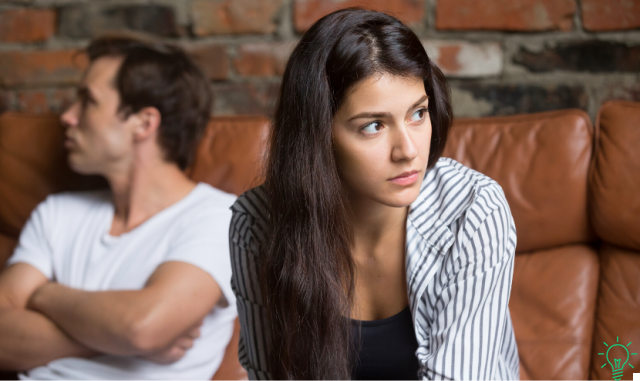 We could define it as a self-harming mechanism, and in fact it is a "something" that occurs at an unconscious level. In short, no one would like to increase their pain, yet, in these circumstances, it almost seems that the our brains are rowing against it.

Now, what you're going to have to do instead is try to look back and rethink your story for what it really was. Analyze your behaviors, think back to why you didn't get along, and be objective about the amount of arguments you faced.

A relationship doesn't end like that by chance, because there's nothing better to do. There must be reasons that led the ex partner to think that the separation was the best solution to take. So, now don't ignore it: try to figure out what went wrong.

2. The phase of acceptance

After you have clarified, and you are able to make sense of the end of the love relationship, you will have to move on to the next step: accept that you have been left. Of course, it is not a simple goal or one that can be reached in a few days, but it is essential for your recovery.

If you believe that there is not the slightest possibility of a rapprochement, there is no point in continuing to damn your soul: try to move on. Avoid wasting time, energy, and feeling if you know all of this will get you nowhere.

Rather, work hard and give your all to start looking beyond, to try to be happy with the little things and to realize that, deep down, he / she has lost us. Well yes, if you keep thinking that the presence of your ex was essential for you, you will never get out.

Don't feel sorry for yourself, don't get down on yourself and don't think you are worthless just because you are now living this situation: sooner or later, in the course of a lifetime, it happens to everyone.

3. The defeat of pain

The previous two steps will lead you to the recovery of your life and your happiness. Because? Stop for a moment to think about everything you have been able to do so far:

Does it seem little to you?

This is all you need to aim for after being dropped. As I told you, it is a hard path to face, but unfortunately there is no other solution. At this point you just have to "put the dots on the i" and completely eradicate any feeling of sadness and disappointment.

What to do to win back the ex?

Finally, we come to the case in which, after being left, one still has the desire to win back the ex. The first step to take is the same one we talked about a little while ago: analyze the relationship and understand the reasons why it ended.

If you don't know what caused the vase to break, not only will you have a hard time putting the pieces back together, but it will be virtually impossible to keep them together. First then, you'll need to figure out what the missteps committed, and then we can think of the seduction and reconquest phase.

Being free: the 4 principles of personal freedom ❯

add a comment from Being left behind: how to overcome the pain and recover quickly