Is choosing a partner a conscious process? 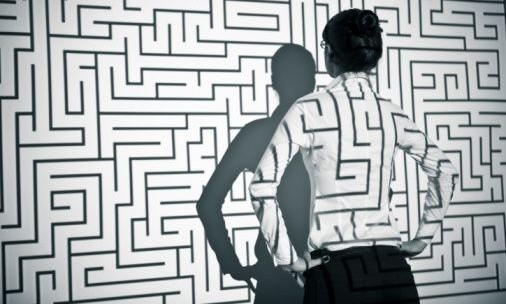 Choosing the ideal partner is not
a simple thing, too often we set ourselves the minimum indispensable requirements
that the other must have in order to enter our life. This is us
conveys a certain feeling of security and control, something of which
we need to start a new romantic relationship. However, how much
Are we flexible with respect to the requirements we trace? I really am
indispensable for the relationship to work or are only part of a strategy
to make us feel safer and more confident?

A curious study made by
psychologists of the University of Chicago, confirms to us that we still keep different
bias at the decision-making level, many of which are not even conscious. AND
la choice of partner does not do
exception! In carrying out this study
101 volunteers were asked to imagine themselves and a partner
imaginary while they carry out a question contest. To each participant
Two profiles of two potential partners were offered in which they were included:
a photo, the level of education and the intellectual coefficient obtained from starting
from a previously asked question course. The interesting side was in the
the fact that in one photo a thin person was shown and in the other one in
overweight. Each participant had a
very simple task: choose who would be the partner / companion
ideal with which to ask questions together. Once the
selection, 23 pairs of profiles were presented to each participant
which other physical or personality attributes varied, all with the aim
to accurately analyze which peculiarities had the greatest impact
in choosing a partner. If we look at it from the point
from a logical point of view it would be normal to think that the participants chose people
with the higher intellectual coefficient, since this would help them to
win the question contest. In fact, to make sure each participant
understood the importance of the IQ to the task
they would have to face, the researchers asked the participants themselves
what would have been the essential requirements in choosing a partner / companion
with which they would have faced the competition. As you can imagine,
all mentioned intelligence as a fundamental factor while reporting
weight as an irrelevant aspect. However, it is well known that what
we say and assume on a conscious level does not always correspond to what
we will go to do. Thus, 73% of the participants were willing to sacrifice one
average of 12 points of IQ by choosing a lean partner e
attractive. To give a further round of
lives to the experiment, the researchers asked each person to justify
his choice. The curious thing is that none of the participants
he recognized that weight was a determining factor in his decision. In
this way, the researchers conclude that on many occasions we develop one
sort of "selective ignorance", a mechanism by which we deny ourselves a
recognize our prejudices. Probably on a conscious level
we would never recognize that we have a racial or weight-related bias;
although, of course, the conditions under which an experiment is organized
psychological differ substantially from real life. Either way, it arises
always a question: if we let ourselves be influenced by these prejudices at the level
unconscious when choosing a partner for a simple contest a
questions, how many prejudices we are not aware of will determine the
our choice of partner in real life?
Science confirms it: Better alone than badly accompanied ❯

add a comment of Is choosing a partner a conscious process?