Phrases to make an ex or an ex jealous: 5 perfect examples 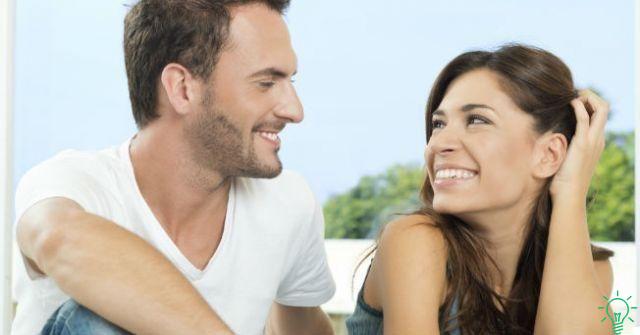 After the end of a relationship, jealousy, if used in the right way, can be a decisive weapon in bringing the ex partner closer to you, even if at this moment you feel that you are in a hopeless situation.

First of all, however, I want to invite you to take a quick online test to see how many are your real chances of winning back.

It only takes two minutes to complete: you will have to answer 15 simple questions about your relationship with your ex partner, and you will instantly get a result expressed as a percentage. Find it here.

We will see some soon phrases to make the ex jealous, but even before that it is necessary to make a little theoretical introduction.

There are effective attitudes, which make an ex very jealous of us, and ignite in him the desire to get back together with us.

Instead, there are other wrong attitudes, which many people tend to put in place automatically after being left, but which only cause more damage and push the ex further and permanently away.

First of all, a first rule to follow is be friendly and not resentful. If you show that you hold a grudge, all your actions will seem like spite, the ex will think they still have full control over you, and won't feel the slightest bit jealous of other people you started dating after them.

Second, the way you try to make your ex or ex jealous doesn't have to never be explicit and direct. Don't flaunt the fact that you are dating someone, that you have a lot of guys throwing themselves at your feet, or that you are killing women in a nightclub.

Rely on a more implicit and subliminal form of communication. By doing this you will get the maximum result.

The period immediately after the breakup, if possible, should be characterized by a complete lack of communication between the two of you.


Phrases to make the ex jealous

Thanks to the simple but fundamental premises that we have made, we are now ready to see some examples of messages and phrases to send to the ex partner to make him jealous.

We will do some female examples, then phrases to make a guy jealous, but with a minimum of adaptation they can also be used in case you are a man and want to make your ex jealous. Let's begin!


With this message you will be able not only to make him jealous, but also to evoke a memory linked to a beautiful thing you did together when you were together. For sure he will be impressed.

With this second sentence you will make him understand that there is a new person particularly close to you, with whom you even watch romantic movies. Pretty intimate, isn't it?

A great way to make your ex curious is to let him know that you are now quite socially active. Go out in the evening, make yourself beautiful, and you sure get the attention of a lot of other guys.

As you innocently text your ex, and talk about your respective weekend plans, you might make him jealous by telling him that someone invited you to a party.

If there is a friend of yours, a co-worker of yours, or a college classmate that your ex was always jealous of while you were together, you might casually mention that this person has been doing something for you in the last few days. The effects will be very powerful indeed.

These are just 5 examples of phrases to make an ex jealous, but for sure you will be able to think many more on your own. The important thing is to give inputs that spontaneously arise in your ex or your ex the doubt (not certainty), that now in your life there are other people who have taken his place.

These doubts will become more and more powerful in his mind, until they turn into real jealousy. And that's exactly the result you wanted to achieve 😉

add a comment from Phrases to make an ex or an ex jealous: 5 perfect examples