Are you sacrificing too much for your partner? 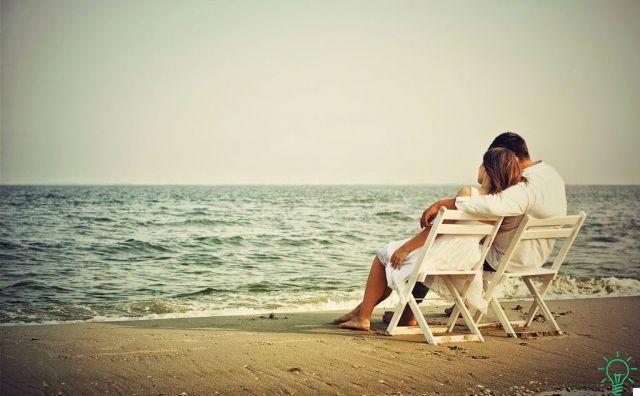 Maintain a couple relationship sometimes it means making sacrifices and concessions. Often we have to take a step back, limit our freedom to decide in two. This is normal, after all, if we demand a compromise we must be willing to compromise, in fact, to maintain a relationship over time each must be willing to sacrifice for the other. Several studies have shown that the happiest and the longest-lasting couples are those who rely on mutual sacrifice. When there is love, giving in to the other is not even a sacrifice, but a pleasure. It makes us feel better about ourselves, but it is also normal that when it comes time to sacrifice some questions arise. Why should I do this? Does self-sacrifice mean giving up what you want and your essence? You may also be wondering if you should sacrifice your partner for you, and sacrifice also includes a power issue. If only one of the two sacrifices himself it will create a very damaging imbalance for the relationship which, in the long term, will create unhappiness and resentment. Therefore, even if the sacrifices can be useful and allow the consolidation of the couple relationship, it is necessary to know what the limits are.

7 questions to ask yourself before sacrificing yourself for your partner

1. How compromised are you? Is this the person you want to spend the rest of your life with or do you still have doubts? Compromise is a precursor to sacrifice. For a big sacrifice to be worth it, you need to be sure you are investing in a relationship that has a future. Of course, nothing in love is 100% sure, but sacrifice is more acceptable when it helps us get closer to the person we want to spend the rest of our life with.
2. Is your partner willing to do the same for you? Sacrifice is a two-sided medal: As you decide to give up something for your partner, your partner should decide if he's willing to sacrifice himself for you. So, before taking the plunge, it's important that you ask yourself if your partner would be willing to do the same, at least in the future. If this person isn't willing to commit and invest in the relationship, maybe your sacrifice doesn't make sense.
3. Do you share the same perspective? When a situation requires sacrifice, the results obtained usually do not benefit both partners. The practice is that one wins a lot and the other loses something. So, before you take the plunge, you need to make sure that you both have the same priorities and the same interests. It wouldn't make much sense to give up a stable job and move to another country for a person who isn't sure they want to keep a stable relationship, for example.
4. Does your partner know this is a sacrifice? There is no need to constantly talk about the sacrifice you are willing to make, but it is important that your partner is aware that you have made a commitment to sacrifice something important for the relationship. In fact, when one partner has to lose and sacrifice himself, the recognition of the other makes the situation more bearable. Although you must always keep in mind that it is not about turning the relationship into a business relationship where the currency is the sacrifice.
5. Is there a better solution? Sometimes, having to give up something that represents a dream or that we have been attached to for years and that gives us security is not a pleasant prospect. So, before giving up on these things it is desirable to ask both if there is a solution by which neither of us should give up excessively. Sometimes it is enough to open your mind a little and look outside among conventional solutions to find a solution that is less emotionally painful, or less expensive, for each partner.
6. Can it be treated? The sacrifice must not be imposed, it must come spontaneously. This means that if the person makes the decision and puts the other person against the wall, there will be no room for negotiation. That person has simply not taken into consideration your opinion, wants and needs. Every sacrifice, in a relationship, should have the consent of both, there should be room for negotiation, because in a sense, the person who will benefit most compensates the other for the loss. It is worth remembering that sacrifice should not be turned into a bargaining chip because it only generates resentment, but a middle ground should be found that makes both of you happy.
7. What motivates you? This is the most important question, because we continually sacrifice ourselves for several reasons, but not all of them make us happy. Are you giving in to make your partner happy and save the relationship or just to avoid conflict? It has been found that sacrifices made just to avoid problems ultimately result in severe dissatisfaction. Conversely, sacrifices made to help solidify the relationship are more effective.Sooner or later, all relationships require sacrifices, but we don't have to give up or give in without thinking about it first. It's important to consider the pros and cons, maintain a clear channel of communication with your partner, ask ourselves the hardest questions, and most importantly, make sure we're sacrificing ourselves for the right reasons. There are sacrifices that generate happiness, but there are others that are just big mistakes.
Waking state and its alterations ❯

add a comment from Are you sacrificing too much for your partner?