Fixed gaze: why does it bother us? 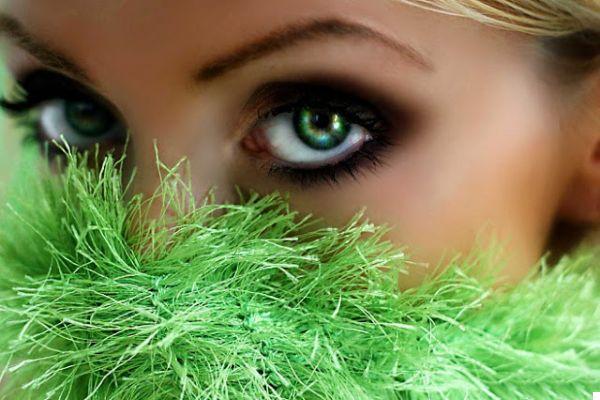 Let's imagine that we are sitting in a park and suddenly we notice that a person is staring at us. What are we going to do? We look at it for a few seconds but immediately separate the view with some embarrassment. After a few seconds we can't resist the temptation and let's go back to see if this person is still looking at us. If he is still looking at us we probably wonder why, we will feel a little uncomfortable and even get a little alarmed. Why do we feel this way? We must look for the answer in our most remote past. This form of gazing is a means of threat to many animals, and even to humans. It's a real fight, but with the look. A study developed by the University of Delaware while studying human-primate communication, it was found that when people approached the cages staring at the animals, they immediately began to show their teeth and wobble their heads ominously. However, if people shook the cage but kept their eyes closed, the monkeys were alert but not threatening. It has to do with the power of the fixed gaze that can be found throughout the history of humanity, in fact in many different cultures there are legends about the "evil eye", a look that causes damage to the person who suffers it. Even in some clay tablets attributed to the third millennium A. C. references were found to a deity who sent the "evil eye." There was also another parallel belief that gazing had the property of protective magic. In fact, until 1947 the majority of the boats that sailed for the Mediterranean normally carried paintings on the hull of the protective eyes. Why is there this taboo on the fixed gaze? One of the possible explanations that emerge refers to a reminiscence of the biological inheritance we share with animals. Some experiments carried out with newborns have shown that the first visual reactions that babies experience occur in front of two eyes or any other similar configuration, such as a couple of dots on a white card that mimic two eyes. Some theorists take this as evidence that the human response to the gaze is innate. However, there is another explanation. The place a person looks towards tells us what the object of attention is but shows us no signs of what his intentions are, and this is reason enough to get nervous. Even this idea would explain why we sometimes feel a certain discomfort in front of a blind person. Simply because his eye movement does not tell us what his intentions are. Jean Paul Sartre suggested on one occasion that: "visual contact is what makes us really aware of the presence of another person as a human being, who has his own conscience and intentions." When the eyes intertwine sometimes a kind of understanding is created between two people, and it must be recognized that we often prefer to avoid this intimacy perhaps because it scares us to show our soul. The gaze fixed in the eye discovers a part of us, or so we imagine and therefore it is the same thing. This is why when an officer scolds his soldier he will force him to stand to attention, staring at the horizon. Thus he can avoid understanding him in his human essence and be empathetic towards him. In support of the theory that the gaze is uncomfortable, because it reveals part of our personality, there are data that show how the gaze is more common among women than among men, since the latter have less difficulty in showing the their emotions. Still, the gaze doesn't just have downsides. One of the most recent discoveries relates to the pleasure one feels for another person. When someone likes another person, it is very likely that they observe them more frequently and that their gazes are quite long. Similarly, when we are conversing and our interlocutor is observing us with a fixed gaze, this can be a sign of great attention towards us. However, before putting the word "end" to this reflection we must remember that the fixed gaze does not mean the same thing in all cultures. For North Americans it often means sexual desire, whereas in Eastern societies it is simply a sign of bad manners.

Are we born liars? ❯

add a comment of Fixed gaze: why does it bother us?