Are we born liars? 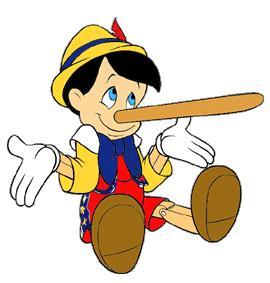 We know someone and in less than ten minutes we've already lied to them three times. Or at least that's what the statistics support. Although the number is probably a little exaggerated, it is certain that lying is a common practice. But ... what are we lying about? Do we hide unspeakable crimes or do we tell petty lies about our social environment? These same questions inspired a study developed by the University of Massachussets in which researchers told the 121 volunteers to have a conversation with someone completely unknown for about ten minutes. The people were divided into three groups: 1. Competent: these had the objective of presenting themselves to themselves as competent persons in such a way that the interlocutor was convinced by this image. 2. Dear: the goal was for their interlocutor to consider them nice people. 3. Control: they were simply allowed to carry on a conversation without setting any goals. Participants were filmed during the conversation and subsequently asked to find out the lies they had used. They were told that lies are not just sentences but also include false memories or representations of emotions they did not feel. So as people watched the video they were jotting down their own lies. Before continuing with the results it is necessary to clarify that 40% of the participants claimed to have lied. After all, it was nothing out of the ordinary if they were sticking to the truth as they had no crimes to hide and it was just a chat with a stranger they would never see again. In short, they had no motivation to lie. However, let's focus on the remaining 60% who on average said they lied at least three times in ten minutes. Their lies were categorized as: self-proclaimed lies and lies aimed at the other. Results? Men, compared to women, showed a stronger tendency to lie about themselves even though both genders showed an equal level in the number of lies told. Lies are also categorized in relation to their content: emotions, successes, plans, explanations and facts. The people who formed part of the control group were the ones who lied the least, while the people who had to present themselves as competent were those who stood out for the high number of lies, especially those related to their feelings while the people who had to be perceived as Gentiles they tended to lie about what happened. However, most of the lies revolve around feelings, particularly when women wanted to appear competent and men as kind and nice. Lies about feelings and emotions are also known as "good lies" and are more common than we can imagine. Just remember any situation in which someone asked us how we were and even though it was one of the worst moments of our life, we simply answered: "good". Let's be frank, technically, we lie about emotional states because there is a social convention: if our interlocutor is a stranger it is not necessary to explain to him how bad we feel. This would be a prosocial lie, a lie that is not regarded as morally negative. Thus, these good lies are converted into the basis of "pitiful lies", in which we appeal to uncertainty in order not to harm the other person. Life would probably be more painful without these daily lies, wouldn't it?

Silence and sleep: Two needs of the mind that have become a luxury ❯