Everyone talks and criticizes, nobody listens and intends 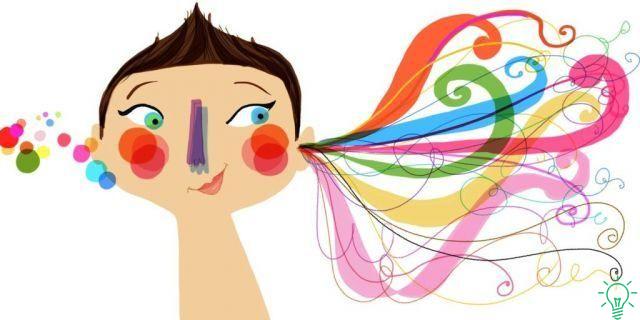 Talking and criticizing is easy, just open your mouth and say what we think. Listening and understanding is much more difficult because it implies, above all, adopting an active attitude that allows us to put ourselves in the background and empathize with the person in front of us. To avoid the problems that this attitude causes in interpersonal relationships, it is enough to keep in mind the words of Epictetus: “Nature has given us two eyes, two ears and one mouth so that we could observe and listen twice as much as we speak”. Knowing how to listen is really a gift.

Active listening is a virtue for the few

Many people just listen, which is not the same as intending. They hear what we say but they don't process it, then they simply follow a pre-established script in their mind that sometimes doesn't even have any points of contact with what we said. These people do not understand communication as enriching, but as a battle to be won at all costs, in which one must be right while the other is wrong.

Active listening is another thing, it implies a greater effort, both cognitively and emotionally. Active listening means going beyond words to understand the emotions and feelings that underlie the speech.

It implies an active attitude, in which we try to put ourselves in the place of the other, in such a way as not to criticize him but to identify with his way of being and in the experiences he has lived, to truly understand what he is saying to us.

Listening actively also means being emotionally available, fully present, to connect with our interlocutor. In reality, it doesn't mean just listening, but also asking questions to help us better understand the message they are trying to convey.


A subtle clue that the person is connecting emotionally and keeping an active listening is what is known as "mirroring". It is an automatic reflex in which the listener repeats some of the speaker's body gestures and movements without realizing it, especially facial expressions that indicate emotions such as pain, joy, disgust or fear.

When we criticize we lose the opportunity to grow

We all criticize. The criticism arises from our tendency to compare. We constantly compare things to see if they are better or worse, bigger or smaller, more or less adequate ...

But in interpersonal relationships it is very easy to go from confrontation to criticism and assume the role of judges. All those behaviors, attitudes and ways of thinking that do not conform to our values ​​and expectations end up being criticized. Because we often criticize what we don't understand or what scares us.

However, when we criticize we miss a precious opportunity to grow. Criticism is a conclusion, a fact that we take for granted. On the contrary, when we put ourselves in the place of others, a substantial change can occur because we go out of our small "I" and enter another reality, which can be much richer or simply different, where we can learn and try new things.

Therefore, criticism hurts more to those who use it than to those who are criticized, because the latter may forget the words they have heard, but the critic will have lost forever a chance to grow and connect with another person.

3 golden rules to criticize less and be more empathetic

1. If you focus on the words, you only get half of the message. Only when you go beyond words can you truly connect with the person. Try to discover the emotions that support his speech and you will be able to better understand what the person is saying to you, thanks to empathy.


3. Everyone is wrong, even you. Treat others as you would like to be treated. When you assume that we all make mistakes sooner or later, you become more understanding and adopt a more tolerant attitude. Think about how you would like to be treated. Do you want to be judged or criticized or do you prefer a more empathetic and understanding attitude towards you? Remember that everything you give will sooner or later be returned to you, one way or another.

A bad relationship can literally break your heart ❯

add a comment of Everyone talks and criticizes, nobody listens and intends