7 signs that you are arguing unnecessarily 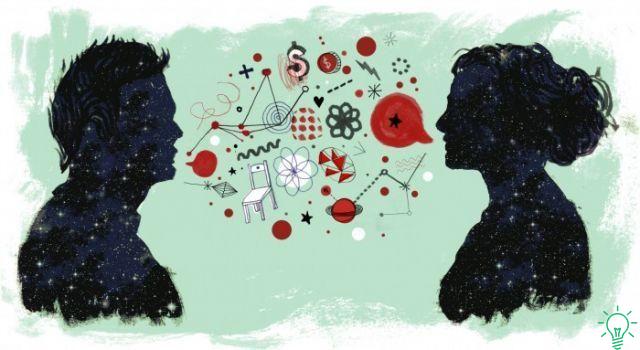 Speech is one of the most powerful tools at our disposal. Through it we can express what we feel and think, we are able to convince others and reach an agreement. Words can heal wounds, resolve conflicts and lead to mutual understanding.

But words don't have magical power, so sometimes they aren't enough. For speech to be effective, there must be a receptive ear on the other side. If the other person is not willing to give up even an inch, the words will be in vain. In these cases it is better not to worry, since anything we would say would fall on deaf ears. Sometimes, for our own emotional balance, we have to learn to recognize when it's time to leave an argument.

Arguing only makes sense if an agreement can be reached

The word "discuss" has taken on a negative meaning, but originally meant "to shake", in fact in ancient Rome it was used to refer to the action of shaking something to separate its components. Figuratively speaking, it meant "carefully examining things to separate and distinguish them".

Therefore, the purpose of the discussion is not to win but to reach an agreement and, in a sense, to change the perspective on it. But for this to happen, both people need to be willing to engage in such analysis and build a bridge that leads to understanding. Otherwise, the discussion becomes a battle to be right, and it loses its meaning, as well as making us lose patience and inner peace.

It is therefore important to learn to detect these signs that indicate that we are arguing in vain.

1. They are constantly looking for pretexts. The person who does not take responsibility and continually seeks excuses is not willing to take the necessary step to reach an understanding. When your interlocutor lies and uses excuses to explain his words or behaviors, he basically just wants to shirk his responsibilities, or he simply wants to "get away with it," making his interests prevail regardless of the needs of others.


2. They pass themselves off as victims. If your interlocutor takes on the role of the victim, it will be very difficult to make him understand that he has responsibility for what happened. When a person does nothing but complain about what is happening, blaming others, fate or bad luck, it is unlikely that he will take a proactive role and can move forward in the discussion.

3. They use a condescending or imposing tone. There are very self-centered people who feel above others and believe that only their arguments are valid, because they think they possess the absolute truth. Typically these people do not argue to reach an understanding, but to impose their opinions, so it is very difficult to talk to them and gain ground.

4. They show no signs of empathy. Our brains are programmed to feel empathy. Mirror neurons are activated in front of the pain or joy of others, so it is said that emotions are "contagious". Empathy is essential to reach an understanding, without this every discussion is doomed to fail, because each interlocutor will hide behind his position and will not give in.

5. They verbally attack you. When a person becomes aggressive it is best to stop the conversation immediately as it would be very difficult to bring them back to their senses. Aggression is a signal that the emotional brain has taken control, so it will be very difficult to dialogue and reason with that person.

6. They launch recriminations. Arguments sometimes generate negative emotions, but if the person has the hope that an understanding can be reached, nothing is lost. But very often, especially in long-standing relationships, one of the two people thinks that the battle is lost early, so instead of arguing with the aim of reaching a solution, he simply launches recriminations.


7. They don't respect you. Every discussion must be done with respect for the individual. Even if there are different opinions, each interlocutor must respect the other and not use contemptuous words. If not, and some barriers are broken, it's best to end the conversation, at least until things calm down.

add a comment from 7 signs that you are arguing unnecessarily