Ignoratio lists or, as others deceive you 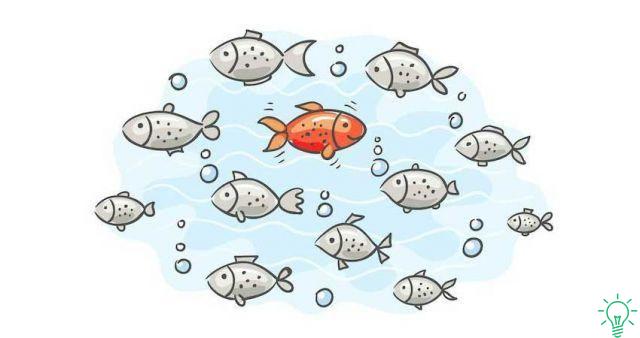 When we are the victim of this fallacy because someone "goes off on a tangent", it is normal that after the discussion we feel a sense of frustration, without knowing exactly why. This frustration stems from the fact that we have invested time and effort without achieving anything. In other cases, we may feel angry because we think we have been deceived.

To divert attention from what is important to discuss the irrelevant

Ignoratio Lista, which in English-speaking countries is defined as red herring fallacy, owes its original name in English to an ancient custom according to which the strong smell emanating from fish was used to distract dogs. hunting from their target creating a red herring. The hunters prepared a path on the land with the smell of herring, if the dogs were not able to stay focused and follow the fox's tracks, but followed the smell of the fish, then it was believed that they were not good for hunting.

On the level of interpersonal relationships the same thing happens when you try to divert attention from the main topic. Obviously, the arguments introduced are valid, and this is why others let themselves be distracted. Basically this is what happens:

Topic A is being discussed, which is the problem to be solved and raises the greatest concern

- One person introduces topic B


- Theme A is dropped to focus on B, which is not that urgent or important

An example of ignoratio elen in action is when we point out to someone that their behavior was not morally correct and that person responds by "going off on a tangent":

Noi- What you did is not morally correct!

Him- And what exactly does morality mean?

Noi- It is a code of conduct established by the culture that indicates what is allowed and what is not.

Him- And who created the code of conduct?

And so the conversation could go on indefinitely ...

That person's goal is to change the topic of discussion, bring it to an impersonal field, so that he doesn't have to apologize for his behavior or repair the damage. If we play the game by answering his questions, chances are we will fall into a philosophical argument or end up feeling guilty when in fact we are the victim.

But ignoratio Lista is not limited to the personal level, it is also one of the favorite strategies of politicians and the media for diverting social debates from important to less important issues.

For example, if a political party is against same-sex marriage, it could introduce arguments such as the fact that only 10% of these people want to get married, and once they get married, the marriage would have an 80% chance of failing. While those figures may be true, but they are not, they are nonetheless irrelevant for the purpose of passing a law in this regard.

However, by introducing these figures, the party "forces" us to conclude that it is not necessary to change civil rights because very few people could benefit from them. This distracts our attention from the essential: no matter how many people want to marry or how successful the marriage is, the problem is that all people should have the right to marry, regardless of their sexual orientation.

For the record, it is interesting to note that during the first year that same-sex marriage was approved in Spain, 4.500 couples were married, a decade later there were 31.600 marriages.

This means that we must be very careful about this fallacy in action, because it can lead us to make bad decisions, causing us to devote very valuable resources to issues that are not deserving, while the truly important problems are not solved.

In the context of the couple relationship, continually resorting to ignoratio Lista in order not to take responsibility, can be simply disastrous because the problems are accumulating, until a crisis occurs that ends the relationship.

How not to be fooled by ignoratio lists?

At this point, many may assume that this fallacy is easy to spot, but this is not the case, especially when we are engaged in a heated discussion about a significant issue that has enormous emotional resonance. In these cases, the most common thing is that we end up following the red herring.

However, recognizing this fallacy is fundamental, both to evaluate the information that the media offer us and to relate to others, especially when it comes to defending ourselves from manipulators. How to protect yourself from this fallacy?

First of all, it is essential not to fall victim to the ego, which means not wanting to win at all costs. Many times we follow the red herring because our goal is not to come to an agreement or find a solution, but to win the argument. Being humble and emotionally mature will allow us to keep ourselves focused on our main goal.

So, the key is to step back a moment before preparing your answer and think about whether what we just said is relevant to the topic under discussion. If you don't think it is, just say it and pick up on the main theme.

add a comment of Ignoratio lists or, as others deceive you