Misinformation or what? The errors we find in the newspapers every day 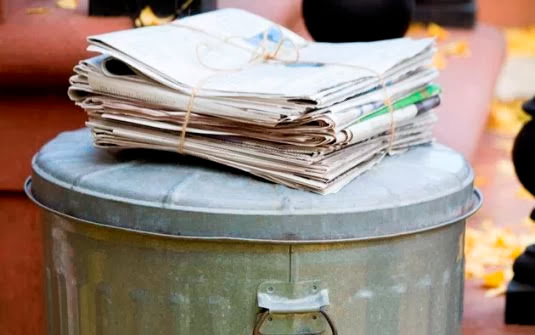 Once upon a time there were a painter and a shoemaker. The painter was called Apelles and he was one of the most illustrious artists of the time, famous above all for being a very demanding critic precisely towards his work. So much so that he used to
exhibit his paintings in the public square and then hide to listen to the comments of passers-by.

It is said that on one occasion a shoemaker passed by and made remarks about the shape of a pair of sandals. Apelles diligently corrected the defect. The next day, when the shoemaker returned to pass the square, seeing that the sandals were perfect, he was overcome with vainglory and began to criticize other parts of the painting. Obviously, at this point the painter came out of his hiding place and uttered one of the most famous phrases in history: "Don't judge the shoemaker's sandal", Which in Spanish would be something like:"shoemaker does not go beyond the shoes". Unfortunately, in recent years, intruding on the profession of others is a behavior that is gaining strength again, especially on the Internet. Although I must admit that Psychology has always been one of the sciences that has lent itself most to this.

Perhaps because it is difficult to find someone who tries to supplant a nuclear physicist or a civil engineer, but ... supplanting a psychologist is easy game! In the end we are all a little bit psychologists. Or at least this is one of the most deeply rooted beliefs in the popular imagination. Actually, we psychologists have already gotten used to this idea, but when it comes to the press, media that have some authority and circulation, it's really sad to see how they distort the news.


Misinformation: Conclusions never you exist One of the most common problems encountered in the media is the tendency to present gods sensationalistic headlines which end with establishing non-existent conclusions. An example of this is a headline that appeared in 2005 in the Spanish newspaper El Día, which reported the following: "Television, video games and poor reading make students more violent." In this case, they referred to a study carried out by the University

Complutense and, said in this way, seems to indicate that researchers have
found a cause-and-effect relationship. However, in their study they limited themselves
to make correlations and at no time specified that the cause
violence in children whether video games or television. Another newspaper
Spanish, ABC, reports the same news in a more discreet, but still wrong way: “Gli
students are more violent the more television they watch and the less homework they do. " Indeed,
in the study in question the same author reports: “Our results do not distinguish if a student is less aggressive because
do your homework or take time for extra-curricular reading or if you dedicate yourself to
these activities because it is less aggressive. " Obviously,
headlines like these you can find countless in the media all over the world.
To give just another example, the Spanish daily 20 Minutos published: “Bere
beer, in moderation, prevents Alzheimer's ". The same news always
reported by ABC was more reserved: "Drinking two beers a day can reduce the risk of Alzheimer's." It is certain that this study developed by the University of Alcalá of Henares indicates that “Moderate consumption of beer could
possibly prevent Alzheimer's and maybe it could be caught in
consider introducing this habit into the diet of
population." The use of the words "maybe" and "possibly" and "could",
it is due to the fact that the study was carried out with laboratory animals and,
we all know how complicated it is to transfer the results into beings
humans. Misinformation: The mutant statistics Unfortunately, other very common errors are represented by changing the results of
statistics or adjust them to completely inadequate factors. For example, one
of the news that has made the rounds of almost all the Spanish newspapers and
Europeans, according to El Mundo was: "Mental illness kills 58.000 Europeans every year," according to ABC: "The
mental illness kills 58.000 Europeans every year, more than accidents
road. " Fortunately, the daily El País was more cautious and published: “The
number of deaths from suicide in the EU exceeds that of deaths in accidents
road. " Published in 2005, this news referred to an intervention made by the then
European Commissioner of Health and Consumption, Markos Kyprianus, who yes
it referred exactly to the suicide tax. In fact, there are several studies
which signal the relationship between mental illness and suicide, but identify
both ideas seem excessive to me. For example, in 2003 one was made
very interesting study in the Wellington School of Medicine of the University of Otago, New Zealand, in which it was stated that at least half of suicides
that related to mental illness may actually be due
to other causes. As you can imagine, in reference to statistics, the other of the more errors
common is to generalize the results of a very small sample for
relate them to the entire population. Indeed, the results of the studies should be
read carefully since in recent years many of these have
develop using too small a sample of the population and, therefore,
not representative. To give just one example, at the end of last year the Spanish newspaper Nueva Tribuna published a story with
this title: “Spanish society continues to be male chauvinist” in reference to a
dossier offered by the Federation of Progressive Women. El Mundo was more cautious, titling: "80%
of young people believe that girls should please their boyfriends. " In
reality, this research counted with only 1.396 interviews done to young people between 14 and
18 years of age studying in Madrid and Burgos. So that, these results don't
only they cannot be applied to all young Spaniards but still less to the whole
society. Misinformation: Total errors Of course,
there are also total mistakes that make our hair stand on end.
These just have no explanation. Such is the case with one of the
more recent news which almost all the media dealt with
Spanish and even some American newspapers. The ABC headlined: “Scientists
Spaniards explain for the first time the phenomenon of people's aura "
and La Vanguardia: “Spanish scientists explain in detail what the aura phenomenon consists of”. In
first, the study in question starts from an earlier hypothesis formulated in
2004, so that the original idea is not from the University of researchers
Granada. Also, when you read the study in question, you realize that
it is based on comparisons and subjective descriptions, which of course, not
constitutes irrefutable proof. And if that's not enough, right at the end
of the article the same scholars specify: “The discrepancies encountered (referring to the comparison of experiences
between people with synaesthesia and various healers, who all claimed to see the aura)
suggest that we are dealing with different phenomena. " I have no words ... In summary,
perhaps the pressure faced by some to be the first to publish the news
and the lack of information in the field of research, are all factors that
they contribute to distorting the true essence of scientific studies. The
the result is before our eyes: news reaches us with errors, some of them
passable, others simply unacceptable. What's the moral? That regardless of the source, we must always take the time to verify the veracity of the information we read.

Psychological distance: The key to wisdom and balance ❯

add a comment of Misinformation or what? The errors we find in the newspapers every day