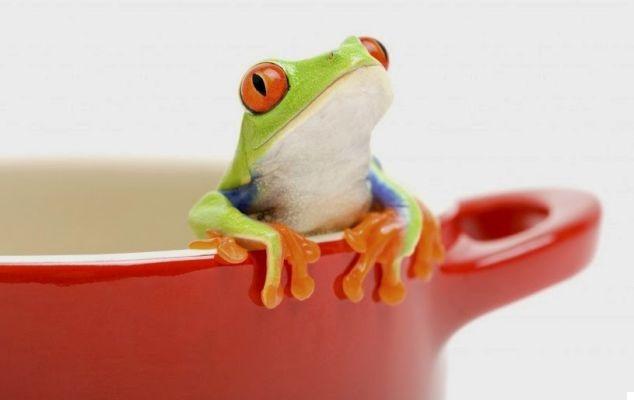 There is a folk tale that says that if you put a frog in a pot with boiling water it will jump out and flee immediately upon sensing the threat. But if you put it in a pot with cold water, light the fire and slowly raise the temperature, it will not escape, with all the consequences of the case.

Some argue that these experiments were actually carried out, around the XNUMXth century, and showed that the story has a real foundation. Today we are not so sure that this is true and I do not pretend to check its veracity, but the story itself is interesting because it leads us to reflect on how we deal with changes when they occur gradually.

In fact, it may be that at some point in our life we ​​have found ourselves doing things that we previously thought were impossible for us, because they don't fit our value system. In these cases, two things can happen: 1. We found ourselves in an exceptional situation and had to make an exceptional decision or, 2. We changed so slowly that we didn't realize it.

Today we give in a little, tomorrow a little more and so we are slowly removing the mental stakes that we had set for ourselves. Obviously, this is not always bad, in fact, it is a great strategy for making changes, because it makes the process less traumatic, but it is important to always remain vigilant, especially if someone else is controlling the water temperature and maybe it might get carried away, so by the time we realize it it might be too late.

How to avoid turning into a boiled frog

Mimic language: how does it help us to understand the other? ❯

add a comment of The deception comes in small doses