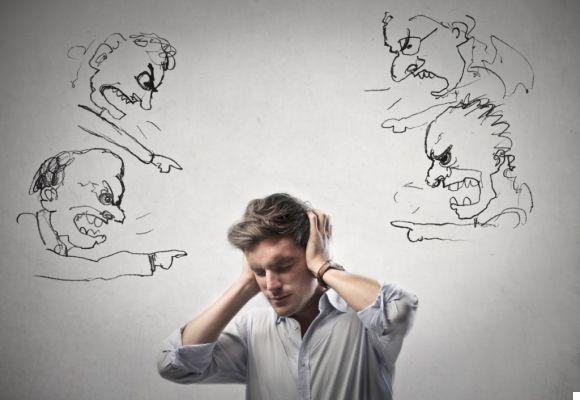 Criticism is not always positive, there are criticisms that hide resentment, frustration and even envy. But there are other criticisms, constructive criticisms, which can help to grow or correct mistakes.

However, for a criticism to be well received and produce positive change in the person, it must not only be honest, truthful and done with the best of intentions, it must also be expressed in the right way and at the right time. If any of these ingredients are missing, the criticism is likely to be received with suspicion and will fail.

Therefore, when making a criticism, it is important to be aware that the person does not change because we insist on criticizing him, even if we are right.

The frustration of the person who criticizes

Often the critic knows they are right, so they insist on their point of view. But when she sees that the other is not receptive, or at least not as receptive as she would like, she begins to feel frustrated.

But the problem is that when criticism is repeated it tends to turn into a reproach, so those who criticize end up accumulating frustration and stress which they then download onto the other. Obviously, when the reproaches appear, the person loses control and does not realize that they have entered a negative spiral. At this point the criticism begins to be destructive, it turns into that drop that falls insistently and ends by overflowing the camel's back.

The person who criticizes realizes that he is insisting in the wrong direction, that even if he is right and wants to help the other, his words, attitude or simply his insistence, have a counterproductive effect.

The anger of those who are criticized

Furthermore, the person who is criticized tends to perceive these words as an attack and becomes defensive. Obviously, this state of mind does not allow him to see how much truth there can be in criticism. As a result, the person may feel vulnerable, guilty or angry, but it is quite unlikely that they are inclined to change.


Nor can it be blamed for it, because the criticisms are often repetitive and contain a huge emotional charge that is difficult to bear. Furthermore, they often turn into erroneous generalizations that express only resentment.

Some common examples of reproaches that once could have been constructive criticisms are: "Always do this!", "By now you should have understood ..." or "Don't you think you will change sooner or later?" These reproaches can be accompanied by hurtful words that produce emotional wounds that are difficult to eliminate.

It annoys and makes you uncomfortable but does not encourage change

Eventually, repeated criticism in the form of scolding only ends up damaging the relationship, without resolving anything. The more one part criticizes, the more the other closes in on itself, making communication more difficult.

How to get out of this vicious circle?

First, it's important to take your share of responsibility. If you want a person to consider your opinion, you should express it respectfully, without hurting the other or trying to impose your point of view.

If that person doesn't listen to you right away, you can always repeat the criticism, but be careful not to turn it into a scolding. You have to say what you think without making value judgments, express how a certain behavior or attitude makes you feel, and offer a possible solution.

1. Get straight to the point. Many times people are forced to repeat the criticism simply because they do not have the courage to openly say what they think and go around the point, hoping that the other understands. In this way they only generate discomfort. If something is bothering you, making you feel bad, or you think it needs to be changed, say it clearly, directly and assertively.

2. Express your feelings and take responsibility for your emotions. Sometimes criticism is perceived as attacks, so that a great strategy to make the other person more receptive is to connect on an emotional level. And for that, you need to express how you feel. For example, instead of saying "you freak me out", a sentence that generates guilt in the other, you can say, "when you arrive late I get nervous", in order to distribute the responsibility and emphasize the behavior you would like to change .

3. Be concrete, don't generalize. Nobody can change completely, it would be to ask for the impossible. So, if you say something like "you are unbearable", the other person will not know how to react and what you expect from them. On the contrary, the key is to be as specific as possible. For example, you can say, "These days I noticed that you are angry, is something wrong?"

4. Focus on the present, don't dig up the past. The past is past, we cannot change it, and while it can serve as an endorsement, criticism will be better received if it focuses on the present and looks to the future, rather than delving into yesterday's mistakes. Therefore, instead of saying "you always arrive late", you can say "I would like you to try hard not to arrive late, do you think you can do it?"

5. Be kind. While it is sometimes difficult to control emotions, it is important to avoid irony in criticism and to use the right tone. Sometimes a simple "please", "I'm sorry" or "thank you" can positively predispose the other person to hear what you have to say.

Finally, remember that the other person is free to decide whether to accept criticism. Once you have made sure that he understands what you would like him to change and why, you should give him space to reflect and make a decision. Insisting won't do much.

People love you as they were taught to love, not as you want them to love you ❯