Persuasion techniques: which is the best? 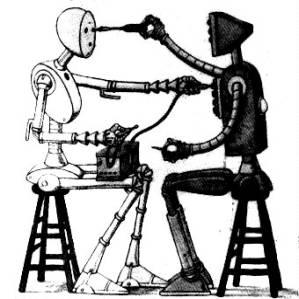 Today many people indiscriminately use the phrases “I
I think "and" I feel ". However, some specialists claim that the use
predominant "I think" indicates a highly rational and logical person
while the prevalence of "I feel" applies more to an emotional person.

But ... if we refer to persuasion techniques, it is better to do it
lead by emotions or logical thinking? This is precisely the question that
two psychologists from the universities of Illinois and Stanford have placed themselves, Mayer
and Tormala respectively, stating that even if the differences between "I think"
and "I feel" are very subtle, these have different effects if they come
analyzed from the point of view of persuasion. At first, the researchers analyzed the trends
innate of a total of 65 people, evaluating if these had a tendency to
express oneself in an eminently emotional or rational way. For this purpose they were analyzed
their speeches looking for words that act as emotional indicators such as: "unpleasant"
and "comforting", or words that perform rational functions such as "useful" and "profitable". Subsequently, each person read only one of two
different messages with which attempts were made to persuade them to donate blood. The only one
the difference between the two messages was that in one the phrase "I think" was used
while in the other "I feel" was used. Afterwards he went on to ask everyone
if he were willing to donate blood. As you can imagine, the people who showed themselves
more rational in their speech they let themselves be convinced by the message where yes
he used "I think" while the more emotional people used "I feel". Like this,
this study shows us that to persuade someone it is necessary to put oneself at the
his place, take his point of view and elaborate the speech starting from
this. In the same way it could be appreciated as a rule
general that women preferred a more emotional speech while men
they were more rational. Of course, it must be said, that many times people over
to the preferences used in the speech, they need a lot of rationality
how much of emotionality and that both aspects are part of our personality
so that it is difficult to separate them.
Double Bind Theory: Trapped by those we love most ❯

add a comment from Persuasion techniques: which is the best?