Email: the dark side 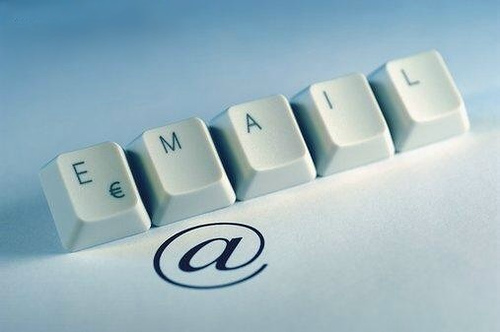 Without a doubt theemails it is a very powerful, fast and effective tool, with which we can keep in touch with many people even at great distances. However, since nothing in this life is completely black or white, email also has its downsides. These psychological studies remind us of this.

1. 59% of people check their email while in the bathroom. We know that checking email is a habit like many others, but that some can optimize their time or are so anxious that they cannot wait to know who wrote them is truly amazing. These data come from the results of an interview conducted in 2010 by AOL, which offered us other information such as that 25% of people recognize that they cannot be without email for more than three consecutive days, 60% of people check inbound work emails during the holidays and 19% choose to take vacation in agreement with the ability to access the email folder. 2. We check emails more often than we realize. A curious study developed by Renaud reveals that we generally check our inbox more often than we recognize. People interviewed by this scholar claimed that they checked their emails at least once an hour. However, when they were tested it could be verified that they did it every 5 minutes! Thus, in reality we are not aware of how many times we open the mail folder and finally, we are not even aware of the degree of unproductivity this can produce. 3. Reading emails takes up a quarter of the working day. It might seem a little exaggerated number but at least these were the results that Czerwinski got when in 2004 he studied the case of several professionals. The verification continued for a week during which it was possible to verify that these people spent 23% of the working day immersed in their emails. 4. Recovering from the distraction caused by the email just read takes us 64 seconds on average. We normally respond almost instantaneously to an email, just as if it were answering the phone or someone who rings the doorbell, but everything seems to indicate that we are unable to regain attention so quickly after being distracted by answering. A study carried out by Jackson showed that 70% of emails produce a reaction in the 6 seconds following receipt while 85% produce a reaction in the following 2 minutes. However, people take an average of 64 seconds to regain their attention and get back to their activity. 5. Email is not the right way to do business. Although many people currently prefer to negotiate via e-mail, it is certain that when you do not know the interlocutor personally, it would be better to deal face to face. At least that's what Naquin's study states, which warns us that people are less cooperative when they send emails than when they converse personally. 6. Email reduces emotional communication. Many people overestimate the communicative power of email, being sure that the recipient has not only received the message but also their state of mind. However, a study carried out by Kruger in 2005 lets us know that there are some emotions such as sarcasm that cannot be adequately understood through email. Furthermore, it states that 80% of people believe they have communicated their state of mind while only 56% receive it with certainty. 7. In emails, we have a tendency to lie more confidently. This topic has already been dealt with in the article: “we lie more in emails”. Why does this happen?

Audio Video Email: the dark side
There are different types of stress, and not all of them are harmful ❯