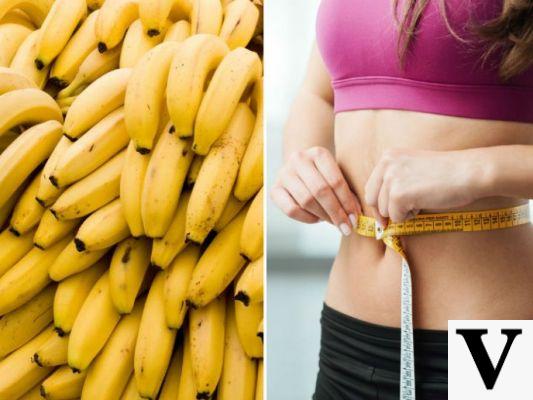 What is the banana diet

The banana diet or "Morning Banana Diet" is a diet aimed at weight loss. To invent it (in 2008) was Sumiko Watanabe, a pharmacist from Osaka, who experimented with her husband Hitoshi Watanabe making him lose 16 kg. Initially advertised on Mixi, a Japanese social network, it sold over 730.000 books.

In the year of diffusion, the banana diet was so successful that the commercial availability of bananas in the local food shops was insufficient. Dr Mashahiko Okada of the Nigata University School of Medicine defined the banana diet as a diet totally devoid of nutritional foundations.

What does the banana diet consist of?

The "banana diet system" allows unlimited consumption of these fruits with room temperature water or a glass of milk for breakfast. Food choices regarding lunch and dinner are unrestricted. It is possible to eat one or more bananas again as a snack between meals, in case of hunger, but no other type of dessert is allowed. It is forbidden to eat after eight in the evening and the subject must go to sleep by midnight.

Nutritional translation of the example


How does it work

Mechanism of the banana diet

A "plausible" explanation for the effectiveness of the banana diet is that these fruits are a natural source of both soluble and insoluble dietary fiber. Six grams of fiber introduced at breakfast, respectively contained in about two bananas, could increase satiety, reduce appetite and consequently regulate caloric intake. Resistant starch, one of these fibers, ferments in the colon thanks to the intervention of the intestinal physiological bacterial flora, creating by-products such as short-chain fatty acids that can confer various health benefits, such as increased cellular oxidation of fats and (in the long term) the possible reduction of adipose tissue.
Note: according to what science has shown us in the field of energy metabolisms, the tendency to accumulate adipose is mainly caused by the combination of large quantities of fats associated with equally important doses of carbohydrates, especially refined ones such as sugar. In order for the banana diet to work properly, given the high percentage of carbohydrates in fruits, it is therefore necessary to limit the introduction of fats from other food sources.

While on the one hand it is important to seek an explanation regarding the effectiveness of the system, on the other hand it is also necessary to give a reason for bankruptcy cases. The banana diet can in fact prove ineffective. The main cause is food abuse at lunch and dinner meals, which are not strictly regulated. As the American Dietetic Association reports, whenever a dieter suggests eating "what you want," there is a high probability that people prone to overeating will fail to lose weight.

The banana diet is a very rough diet system. It does not have a well-defined guideline and totally relies on the consumption of these fruits which, on the other hand, do not have any miraculous properties.
As can be seen from the nutritional translation of the example, structuring a banana diet can be very distracting. In the case reported, it was specifically chosen to moderate the global energy income; we could have done the same by doubling the portions. This would inexorably compromise the success of the strategy for most of the subjects. Also from the point of view of the nutritional distribution, the banana diet is not astonishing and seems potentially unbalanced; it is however necessary to specify that, as well as the content of minerals and vitamins, this aspect varies considerably according to the food choices of all the meals of the day.
Ultimately, this diet does not seem to provide any guarantee of success and does not possess any characteristics that could be recommended for the weight loss strategy.