Pistachios for diabetes, what are the benefits? 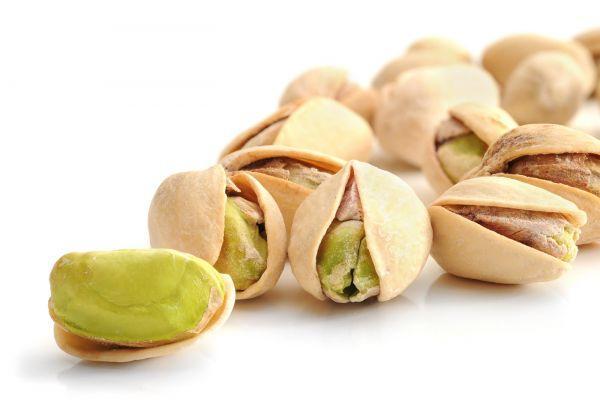 For years now, we have been discussing beneficial properties of pistachio and other oil seeds.

In 2013, at the International Congress of Nutrition in Granada, Spain, for example, there was a lot of talk about health and disease benefits of oilseeds.

The cardiovascular system benefits the most from the consumption of oil seeds as these foods help to counteract many risk factors including, in fact, type 2 diabetes, but not only: the particular composition of pistachio fats, Together with richness of fiber, helps modulate postprandial glycaemia and maintain a normal lipid profile.

Pistachios are cholesterol-free: 30 grams of pistachios contain only 13 grams of fat of which only a small part (1,5 grams) saturated; the rest is made up of "good" fats and important nutrients such as proteins, potassium and vitamin E.

Pistachios, like other oil seeds, also favor reduction of oxidative stress and inflammation; in fact, compared to other oil seeds, they contain a greater quantity of antioxidant substances: lutein, tocopherols and beta-carotene.

Do pistachios make you fat?

The prevention and treatment of type 2 diabetes includes, among other things, the body weight control and, in particular, of the so-called central obesity, ie that concentrated in the abdomen area.


It is commonly believed that pistachios are highly caloric and, therefore, are not indicated in the diet of those who have to pay attention to the control of body weight, but this is not the case.

It's true: a portion of pistachios, equal to 30 grams, contains about 160 calories, which are not few, but several clinical studies have shown that the consumption of nuts is not a risk factor for weight gain.

In 2013, the results of one of the largest studies ever conducted on the relationship between dried fruit consumption and disease / mortality were published in the New England Journal of Medicine; the study, which lasted over 20 years, has shown that, between advantages of the consumption of pistachios and other nuts, there are also the do not promote weight gain and help control diabetes.

Dried fruit in diets for weight and blood sugar control

Pistachios and diabetes, a study

According to a recent study conducted in Spain, regular consumption of pistachios helps reduce the risk of developing frank type 2 diabetes in people who are in a condition of pre-diabetes.

The trial involved 54 adult subjects with altered blood glucose values ​​(pre-diabetes) and divided them into two groups. Both groups were asked to follow a diet consisting of 50% carbohydrates, 35% fat and 15% protein. 57 grams of pistachios per day were added to one of the groups, to be consumed as desired, at any time of the day. The control group followed a diet that contained the same calories and fat.


The study lasted four months and, at the end of this period, in the "pistachio" group the levels of fasting glucose and markers of insulin resistance were significantly decreased, while in the control group the same benefit was not observed. The weight of the participants in both groups remained almost unchanged.

Of course, however, it goes without saying that pistachios are good when they are natural and are therefore not salty; too much salt, as we know, is bad for the health of the arteries and promotes an increase in blood pressure.

> Pistachio ice cream, how to make it at home

> All oil seeds and their benefits

Audio Video Pistachios for diabetes, what are the benefits?
Functional foods: what are they, benefits, contraindications ❯

add a comment of Pistachios for diabetes, what are the benefits?