What is insight in Psychology - or how to take advantage of the Eureka moment? 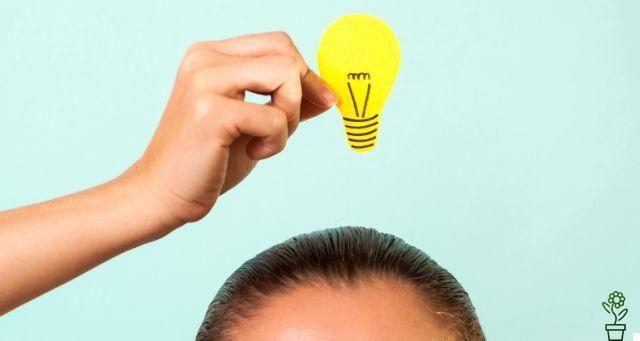 Solutions to problems by insight (literally “internal vision”, often translated as intuition) often occur as if by magic. One day, suddenly and at the least expected moment, the solution appears to a complex problem that we have been trying to solve for some time. In the sciences, insight solutions are common, Einstein himself acknowledged having achieved a qualitative change in his theory thanks to insight, although they also occur in everyday life.

Perhaps the oldest known insight corresponds to Archimedes, a prominent mathematician, surveyor and physicist famous for the "Principle of Archimedes", according to which a body immersed in a fluid undergoes a vertical and upward thrust equal to its weight of the moving fluid.

The story goes that Gerone, king of Syracuse, sent for Archimedes to solve a problem. The king had given a goldsmith a certain amount of gold and silver to make him a crown, but when he received the finished work, Gerone suspected the silversmith's honesty, so he asked Archimedes to verify if he had been cheated.

Archimedes did not know how to solve the problem because he could not break the crown or dissolve it in acid.

One very hot day he decided to take a bath, but when he plunged into the water the tub overflowed. Thinking about it, he realized that, entering the bathtub, his body was going to take the place of the water, so the weight of his body was equal to the weight of the displaced water.

After realizing that he could apply that principle to calculate the amount of gold and silver in the crown, his excitement was such that it is said that he ran naked through the streets of Syracuse screaming Eureka! Eureka !, which in Greek means: I found it! I found it!


But you don't have to be a scientist to experience Archimedes' Eureka moment. Insight solutions also occur in everyday life.

The Eureka moment could be translated in psychological terms as insight, although it has also been called intuition, inspiration or unconscious solution. In psychology, insight refers to a sudden and unexpected understanding of a cause-and-effect relationship that had gone unnoticed and which typically allows you to solve a problem or analyze the situation from a different and original point of view.

But the concept of insight is also used to refer to the sudden understanding not necessarily of a problem, but of a situation in which we can be immersed. In that case, what we find is not the solution, but a new, generally revealing perspective.

How is insight produced?

The mechanisms of insight are very complex. According to the Gestalt, insight is the product of a sudden restructuring. When we face a problem, many times we have many previously learned fixations and mental routines that prevent us from analyzing the main characteristics of the situation with total openness and mental flexibility.

In other words, our rigid mental patterns prevent us from reaching the solution. But at some point these patterns or "functional fixations" are restructured and the solution emerges, we have insight.

To understand this insight theory, I propose a very simple problem:

Why are these numbers entered in this order?

Weisberg, on the other hand, argues that at the basis of insight lies a gradual process in which, if we don't find a solution, thinking starts the cycle again by testing new strategies.

Insight is not a purely conscious and rational process, but is based on a double elaboration: at the conscious and subconscious level. This means that both mental restructuring and the abandonment of "functional fixations", as well as skill and experience, are needed to solve ill-defined problems that require highly creative solutions. Without forgetting the essential psychological distance for the unconscious to function.

This double processing could explain why many insight solutions appear precisely during sleep or when we wake up, as conscious information processing runs its course in the unconscious.

Indeed, neuroscience seems to accept the idea that there are different processing mechanisms for analytical thinking and problem solving through insight. A study conducted at Northwestern University revealed increased activity in the anterior superior temporal gyrus of the right hemisphere, as well as a sudden burst of high-intensity neural activity (gamma waves) in that same area just 0,3 seconds before people reported the solution.

This area of ​​the brain is connected to data connections that have a distant relationship with each other during understanding. That is, it would be responsible for finding the link between apparently disconnected concepts for analytic thinking, practicing a kind of subconscious syneptics.

Another study conducted at Drexel University revealed that there is an unusual pattern of neuronal activity before dealing with problems, as if people's brains are preparing to seek a solution by insight.

Neuroscientists at the University of Milano-Bicocca also found that we usually blink more often and longer when we solve problems with insight and focus less on details.

The stages of problem solving insight

Although insight involves the sudden appearance in consciousness of a solution or discovery, this does not imply that the process does not go through several stages.

In a society that praises reason, analysis is assumed to be the best tool for solving problems. Analysis implies a conscious and deliberate search for the solution, unlike insight, in which it emerges as a qualitative leap and only later can we consciously reconstruct the mental processes that gave rise to this brilliant idea.

This lack of control over thought scares us. We don't want to leave anything to chance, but the truth is that solving problems with insight has proven to be a very useful, valid and effective strategy. A study conducted at the Chicago Cognitive Neuroscience Laboratory confirms this.

These psychologists confronted people with a variety of different problems. In one, they were given three words and had to find a fourth that formed a common sentence with the first. In others they presented him with anagrams and finally incomplete images that people had to identify. After each answer, the participants had to indicate whether they had discovered the solution by the analytical method or if they had had an insight.

Psychologists found that of the analytic answers, only 78,3% were correct. However, 93,7% of the insight responses were correct and much more accurate. They explain that while analytical thinking leads us to evaluate various data-driven conjectures, insight occurs below the threshold of consciousness, where automatic screening takes place, so that only the best solution is presented.

The solution of the problem

For those obsessed with the problem of numbers, below can find a new clue:

Why are these words placed in this order?

Now you can probably see that they are in alphabetical order, a fact that we can hardly imagine due to the stereotypical idea that leads us to think that numbers are made for calculation only.

Sometimes it is enough to simply approach the problem from a different perspective and get rid of our rigid mental patterns. We can also apply it to our daily life, no doubt it is a useful attempt.

What is Sinectica really? ❯

add a comment of What is insight in Psychology - or how to take advantage of the Eureka moment?