The word you should never use to apologize 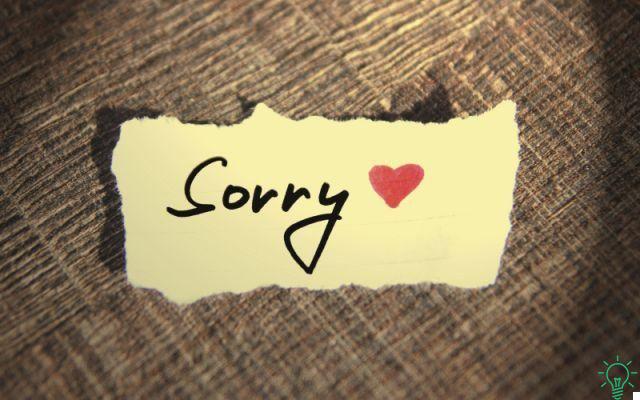 We all make mistakes. We can't help it, and sometimes these mistakes hurt others. Then comes the time to apologize.

Apologizing appropriately can repair the damage and strengthen the emotional bond between two people. When we apologize we tell the other that we deeply feel what we have done and we want to repair and make him feel better.

However, inadequately apologizing can have the opposite effect - it can further open the wound and increase the distance between two people. In fact, not everyone knows how to apologize correctly. Apologizing is an art to learn.

Obviously, many people don't like to apologize because they feel uncomfortable. Nobody likes to delve into their mistakes, because it makes them feel vulnerable. These feelings mean that sometimes the way to apologize is inadequate and that you want to be forgiven without acknowledging that you are wrong.

Therefore, there is a word that should never be used when apologizing because it could jeopardize the situation. That word is: "Sorry, but ..."

Adding a "but" at the end only serves to contradict the sincerity of the original message. That "but" is perceived as an excuse, so the other person may think that in reality we are not really sorry and our apologies are false.

The best way to apologize is to do it in a few words, without offering explanations that could question our sincerity.

In this regard, a study by Stanford University psychologists found that apologizing appropriately must include these three points:

- That we figured out what we did wrong

- That we take full responsibility for our behavior, attitudes and / or words

- That we offer a plan to repair the damage done that includes a promise of improvement for the future. Conversely, a totally ineffective way of apologizing, which could annoy the other or further aggravate the damage, is that which includes justifications or apologies directed at minimize the seriousness of the mistake made. For example, apologizing by saying: "I'm sorry, but it is you who offended me first", in reality it is only asking for forgiveness in the middle, is what could be classified as a form of "passive-aggressive" apologizing that could further anger the other person.

Persuasion: the effect of the third person ❯