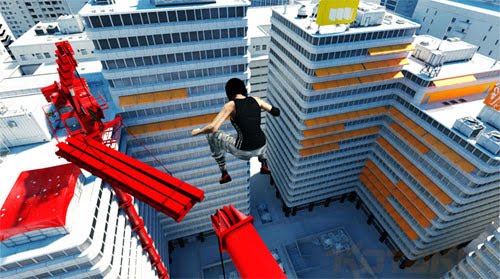 One of the most intriguing aspects of the psychology of persuasion is to verify the large number of people who are convinced that attempts to persuasion have no or little effect on them. Either way, persuasion can work wonders when it comes to others. How was this phenomenon discovered? In the late 80s and early 90s, some psychologists set themselves the goal of studying these beliefs. Their main objective was to analyze how many people they believed were susceptible to persuasive messages and thus, how many of these could come to change their attitude. The type of experiment carried out at the time made it possible for participants to observe an advertisement, to read an article in a newspaper or any other means of communication through which a persuasive message was transmitted. The researchers then asked the participants to rate how much this material affected them and how much it could affect other people. As you can imagine, most of the people thought they were not very influential themselves, but they claimed that this content could have a persuasive effect on other people. The main problem with this experiment is that it has never been possible to contrast the perceived influence with the behavior and attitudes of people in reality. However, one thing was clear: people believed they were incorruptible in the face of persuasive messages while they considered that these same messages would influence the decisions and behaviors of others. In 1983 the sociologist Davidson coined the term: "the third person effect", to refer to the phenomenon in which a person believes he is not very vulnerable to the rest of individuals. But ... how can this phenomenon be explained? For Davidson the basis of the third person effect lies in "pluralistic ignorance". Davidson thought that people considered themselves less vulnerable and influenced because each of us thinks that others will not be able to analyze and evaluate information with the same acuity as we will, both because others do not have enough data to make their own. evaluation and because they do not have the adequate intellectual capacity. However, this is not the only explanation for the third person effect. Other specialists claim that we believe we are different from the rest of the world immersed in a kind of false singularity and self-elevation. Thus, when we explain our behavior and those of others, we tend to make sure that the balance is always positive in our favor. Also for this reason we would have the tendency to attribute all the successes to ourselves but at the same time we refuse the responsibility for our failures. Finally, another group of psychologists claims that the third person effect would be caused by a self-defensive attitude of the ego. In this way, we would suffer from a kind of "illusion of invulnerability" in an attempt to maintain the precarious control we have over the surrounding environment. It would be a mechanism at an unconscious level in which we would deny that we are susceptible to such trivial effects as the persuasiveness of a commercial. Personally I believe that it is not possible to find a single explanation that satisfies all cases and that the effect of the third person is due to a set of factors previously mentioned, which would occur in different proportions depending on the personological characteristics of each of us. However, the research on the third person effect does not end there. Recent studies have shown that so much in political announcements, in defamatory news, in public service announcements… and so on… the effect of the third person would be highlighted. Also, Perloff, in the 90s, argued that when people disagree with the message or when they consider that the source it comes from is negative, the effect of the third person becomes even stronger. And this effect is even greater when the message is not highly relevant to us. In other words, people are more influential in those fields in which they have no interest, such as advertising spots.

The 40% rule: Keep going when you think you can't ❯

add a comment from Persuasion: the effect of the third person