The lies show up on the face 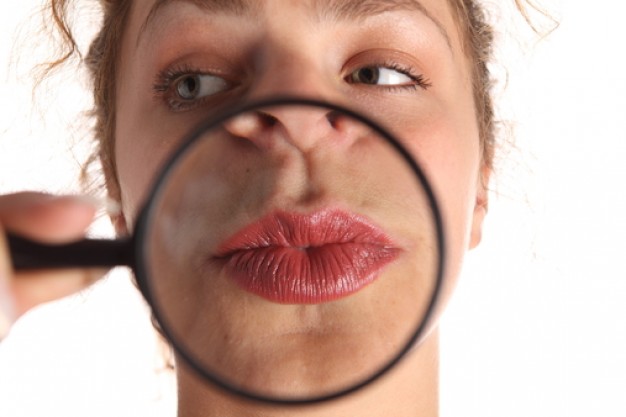 A screen in a dark room. A student watches
a horror movie full of mutilation and pain. You notice that it is visibly
excited. At the end of the dramatic scenes, one appears on the screen
orientation: “you have to describe the film as
if I had seen a flower garden with children playing happily ".
Then a person starts interviewing her.

This curious experiment was devised by Ekman, an expert
of non-verbal communication of the Langley Institute
Porter of San Francisco. The purpose? Determine what the signs are that
indicate when a person is lying. The female students were also shown movies
cheerful and the corresponding interview followed. That way you could
compare facial expressions corresponding to true stories with that of
false. Nursing students were wisely chosen for this, since
these tried to hide their emotion in the face of the suffering of
third parties and physical mutilation observed in the film, in this way, endeavored
to lie better. But ... why stare only in the face? Why the muscles
of the face are extremely sensitive and allow you to quickly glimpse the
emotions. Thousands of different facial expressions can occur. For
showing all the expressions a face can manifest would be necessary
two hours. What were the results? What are those details
insignificant who betray them? Three categories emerged: 1. Those who were extremely adept at lying and
for which a superficial analysis of the face found no detail
suspected. 2. Those who were apparently unable to lie
and immediately spoke the truth. 3. Those who did not lie well. What were the revealing details? They did less
gestures of those that normally accompany a conversation: not
they signaled, they did not give the idea of ​​size or direction with their hands.
In short, the classic gestures we use to illustrate our stories. These
movements were replaced by nervous gestures such as rubbing hands, scratching,
licking lips ... But in a general sense, it was observed that the key, a lot
for those people who are excellent liars as well as for those who are not, yes
find at the beginning and at the end of the lying tale session. That is, the
most of us know how to fake expressions that denote cheerfulness,
anger or sadness but we don't know how to make them appear immediately, as for
long to keep them or at what time to make them disappear. The classic example is
when we receive a gift that we didn't like but we have to pretend we have it
appreciated. In this case we probably show a dazzling smile that
it lasts half an hour and, thus, the others discover that we are lying. To better understand that lies are discovered on the face and
through the emotions, Damasio's declarations are useful: “the muscles
of the face can be activated consciously or automatically (semi-unconscious).
However, the areas of the brain that participate in their activation are
different, so that the movements obtained are different. Considering
also that there are small muscles that will only be activated in such a way
automatic, there are minimal movements that can only be made if they are
truly felt by the person.
Happy, stable couples tend to get fat, according to science ❯

add a comment of The lies show up on the face