The law of consistency 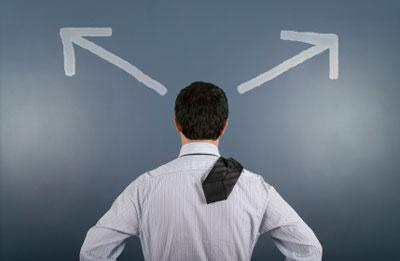 It was the 70s of the last century when one
psychologist named Thomas Moriarty decided to carry out a small experiment.
His goal was very simple: to check if people were capable of
put yourself in danger for prevent a crime on the rough beaches of New
York.

Part of the genius of the experiment lies in the
its simplicity: an accomplice of the psychologist chose a person at random e
he spread out his towel in the sand two meters from it. After listening to the radio for a couple of minutes,
the accomplice got up to take a short walk on the beach. Some
minutes later, another accomplice of the psychologist approached, pretending to be
a thief, picked up the radio and tried to get away. Surprisingly only 4 of the 20 people who were
subject of the experiment tried to stop the thief, approximately 25%. Back then, Moriarty made a small change in the
design of the experiment: the person, before getting up to go to
walking, explicitly asked the subject on the side to take a look
to his things. This time everything changed, after 20 attempts, 19
people tried to stop the thief, approximately 95%. But what
It was changed? The fact that people had given their consent
to "protect personal items", a fact with which they were
automatically assumed a compromise, which if not respected, would have
caused a strong cognitive dissonance. The roots of cognitive dissonance mix with
la law of coherencethrough
which states that once we have made a decision or a path,
our primitive brain prefers to stay in this direction before
evaluate possible alternatives. Another curious study that supports this idea was
developed by psychologist Steven Sherman, of Bloomington, Indiana.
First, the researchers evaluated the response rate that the
representative of the American Cancer Society asking for help for
a campaign. Later, another group of
people simulating a telephone interview in which they wondered what
they would do if they got a call from the American Cancer Society that
ask them for three hours of their time to raise funds for research. As you can imagine, not to look stingy and
cynical, the majority of respondents replied that they would accept this
request. A few days later a representative of the Company
American for Cancer really called all these people asking for theirs
help with a campaign, surprisingly the amount of people who accepted
increased by 700% compared to the previous interview. The simple fact of having entered into a compromise
telephone achieved to make people feel the obligation to be consistent
with their opinion, carrying out an action that otherwise does not
they would never have realized. Of course, in addition to the atavistic reasons it proposes
the law of consistency, another of the causes for which people do
behave in this way is due to the fact that being congruent has a lot
value in our society, given that starting from this the highest is valued
or less reliability of an individual. If we add to this that i
consistent behaviors are usually associated with intellectual strength e
personal, then we can well hope that people allow themselves to be influenced by
what they claim. The positive side of the law of consistency is there
allows you to live more simply, given that once we have decided
something we won't have to go back to the topic again. However, the downside comes
when the law of coherence turns into a shield against logic and the
common sense, since compromising with an idea can cause us to act blindly
and rigid.
Rudeness is as contagious as the flu, according to science ❯