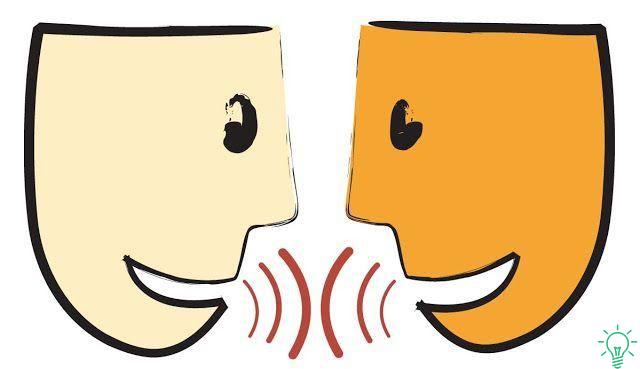 The art of persuasion often follows gods
winding paths and the persuasion techniques
they tend to change and become more and more different. One of the more strategies
used by salespeople is to speak very quickly. But… speak quickly
it is more convincing because we perceive the seller as a trustworthy person or
because information reaches us with such speed that we cannot
to process and criticize them?

The effect of the speed of language in the
persuasion began to be studied during the 70s of the last century,
when Norman Miller discovered that people who consumed caffeine were talking
faster and that, at the same time, were more convincing in theirs
speeches. Miller appreciated that the average of 195 words per minute (common average
for those under the influence of caffeine) were more convincing
compared to the classic 102 words per minute. Miller thus came to the conclusion that those people
who spoke rapidly were perceived to be more confident, intelligent and
objective. This perception (real or not) caused their speech
was more persuasive. Conversely, speak at a rate of 100 words per
minute or less (normal average in any conversation) is associated with
opposite attributes. This study has led many people to think that speak
quickly may represent a ace in the hole that helps persuade e
then to sell. But… is this really so? A little later, during the 90s, others
University of Georgia scholars began discussing the results of
Miller. On this occasion an experiment was devised with which it was attempted
to convince a group of young people about the need to obtain a driver's license
he drives only after he is 21 years old and that only after the same age does he
it could also allow you to drink beverages
alcoholic. Three different types of speakers were employed: those who spoke
quickly, those who spoke normally and those who were slower. The study showed that the speakers who spoke
quickly they were much more persuasive while those who spoke slowly
they did not succeed in persuading any of the participants. Researchers claim
than when we listen to a slow speech related to any theme with which
we disagree, we have more time to prepare arguments that can
counter. Conversely, when the speech is quick, we don't have the same
ability to react. But in terms of persuasion, that's not all
simple, if people already had a certain predisposition to the idea that yes
transmitted, the fast speakers were less convincing while that the
slow speech was more persuasive. Because? Researchers postulate that when
the topics of the speech come in a slow and detailed way, we have more
time to coincide with them and look for new ideas to support them. In this way it was possible to appreciate that the speech
fast increases the speaker's ability but not always facilitates persuasion;
it all depends on our initial attitude towards the subject in question e
from the time we have to argue or confirm the arguments.
Speaking quickly reduces our tendency to counter arguments but
at the same time it inhibits our ability to process the message when
have a positive attitude on the subject.
Do you talk to your dog? A study shows that he understands you! ❯

add a comment from Speaking Fast: A Persuasion Technique