5 tips to be successful in a job interview 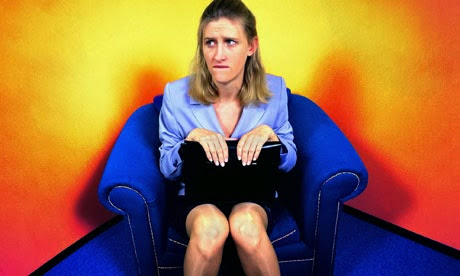 Are you looking for a job? Have you had dozens of interviews but no one has called you yet? Your resume is original and flawless but things are not going as you would like? Maybe it's not all down to the economic downturn, maybe you're making some basic mistakes that keep you from being successful in the job market.

We often think that our life is very rational and that everything has a meaning. But the truth is that life is less linear and logical than we think, or at least this is what several psychological studies show that there are small details that can greatly increase or decrease the chances of being hired.

An American study interviewed over 1.400 human resources workers in companies with more than 20 employees. After analyzing hundreds of data, the researchers found that candidates who were evaluated on Tuesday, around 10:30 am, were more likely to get the job.

Because? Apparently, people are more productive and feel better on Tuesday, when Monday has already passed (the fateful day we go back to work after the weekend). This would make interviewers more open and approachable, an attitude to which time also contributes, as by 10.30 they will have already taken their coffee break, checked their emails and are ready to start their work day. Before, they would probably still be irritable and later they would be too tired.

Researchers at the University of Toronto surveyed 3.000 doctors who entered the competition for some permanent job positions over a six-year period. At the end of this period they saw that rainy days profoundly affected their performance. Notably, results dropped by 10% compared to doctors who took admission tests on a sunny day. Because? Previous studies that examined the relationship between weather and our mood indicate that during cloudy days we tend to be more apathetic, we close in on ourselves and are in a bad mood. Logically, these changes are reflected in our performance and influence the attitude of the people who will have to evaluate us.


According to a survey of 2.099 HR managers for their companies, there are colors that are more suitable and others that are completely inappropriate. Black and blue are the best solution for a job interview, while orange is the worst. Socially neutral colors such as black, gray, brown and blue are identified with professionalism, while more intense colors such as red, yellow, green and orange are more suited to leisure. Obviously, clothing color is important in more formal work environments and its meaning varies by culture.

Researchers from the universities of Pennsylvania and Harvard looked at data from 9.323 people surveyed over nine years and found that having a job interview on the same day with other people who aspire to the same position is usually unfavorable. Because? Simply because our level of competence for the position will be evaluated against that of the people who were interviewed a few hours earlier. The interesting thing is that this effect is not seen when interviews occur on different days, because, apparently, recruiters are making a clean sweep.

According to the authors of the book "Crazy Good Interviewing: How Acting A Little Crazy Can Get You The Job", accepting a coffee is not the best way to start a job interview. They claim that most interviewers offer it out of education, but they have absolutely no intention of spending 10 minutes drinking coffee with someone they just met.


We can more or less agree with this statement, but the fact is that if you venture out to have a coffee, you need to consider that perhaps our interviewer can get a lot of information that interests him.

According to a study involving 1000 coffee drinkers, the type of coffee people choose reveals traits of their personality. For example, those who prefer sugar-free coffee are more traditional, patient and efficient, but also more abrupt, contemptuous and resistant to change. Furthermore, those who prefer cold coffee are usually more adventurous, spontaneous and imaginative, but can also be more reckless and refuse to follow the rules.

Therefore, if you accept a coffee at a job interview, make sure you ask for one that fits the image we want to show.

5 differences between anxiety and stress that everyone needs to know ❯