Do you talk to your dog? A study shows that he understands you! 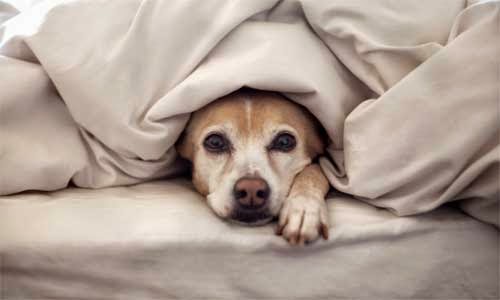 Have you ever made fun of someone because he was talking to his dog?

You probably also thought it wasn't quite normal, after all, the animal may not have understood it. Anyway, all those who have a four-legged friend are convinced of the opposite, they claim that the dog understands their words. Are they right or do they just love their dog too much?

A recent study conducted at the University of Sussex provides new evidence on the conversation between dog owners and their pets. According to these researchers, dogs can truly understand our words. Apparently, dogs not only hear voices, as was previously believed, but also mean words.

In fact, the study shows that the dog's brain processes human language quite similarly to how we do it.

Basically, the dog uses different parts of the brain to process different information. The left hemisphere specializes in purely verbal content and analyzes the characteristics of the voice and emotional content of the sexes. Similarly, the study observed that dogs, like people, use this hemisphere to analyze meaningful phonetic contents, which are recognizable and familiar. In addition, dogs use their right hemisphere to process unknown sounds and languages, through a complex analysis of intonation and rhythm.

In one of the experiments, the researchers used a speech synthesizer, so that the voice could not convey any emotion.

When the dogs were given familiar orders, such as: “Come here!”, In 80% of cases they turned their heads to the right, showing that they were concentrating on the words and not on the emotions they could convey. Therefore, they recognized the content of the message. Indeed, if this same order was given with the right emotional tone but in a foreign language, the dog not only did not obey, but turned its head to the left in an attempt to decipher the emotional meaning.

These researchers had no doubts: Dogs react and process human language in a way very similar to how we do it. Everything indicates that dogs' brains evolved through the long process of domestication to react to the human voice.

Of course, we don't know how much they can understand of what they feel and while it's true that they can overlook many subtleties, the fact remains that dogs can understand our emotions and some of the words we use every day to communicate with them.

Therefore, you can continue talking to your dog certain that he will understand some of your words and not just your emotions. I confess that I had no doubts about it. Although science often arrives late, in this case it confirms what many already knew from experience.

Learned fears, the fear that others transmit to us ❯

add a comment from Do you talk to your dog? A study shows that he understands you!