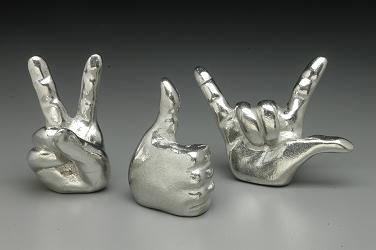 Speaking of the television series that is currently being broadcast: Lie to me, do you know the one whose protagonist has the ability to interpret the micro-expressions of the face and body in order to identify whether the person is telling the truth or is lying? Well, some friends have asked me if I too can find out when a person lies just by observing his gestures and gestures microespressioni of his face ... but ... are psychologists really able to unmask all the gestures of non-verbal communication? Behind a question like this is generally the desire to get an answer like yes or no. However, non-verbal communication is neither simple nor that complicated so I offer you some suggestions or ideas to be able to manage non-verbal communication with a certain ease. 1. Established meanings are not enough. Even if the gestures of anger, deception, false smile, rejection… are almost universal, non-verbal communication cannot be understood outside the situation (social environment) in which people interact. What does it mean? That even if we memorize which muscles are used and how, to express our feelings, this will not help us if we are not able to make sense of them and interpret them in the context in which they show themselves. Each gesture in itself is like a piece of a mosaic that makes no sense if it does not join with the other pieces. So, let's go to work: 2. Step into the context. If you want to interpret non-verbal communication, an essential factor to keep in mind is the analysis of the context which includes: what kind of relationship has existed for a long time between people, the duration, the place where the conversation takes place ... For example: expressions of affection between lovers vary in intensity according to the place where they meet: a theater, a park or a beach; thus, to evaluate the intensity of the relationship we will have to refer to what is "socially allowed" in the room where they meet. The way of saying goodbye indicates how intimate the relationship is, thus, a hug is one of the greatest expressions of affection when using the whole body; if it occurs in a public place and with a slight approach of the torsos it indicates satisfaction between two people who barely know each other. In this way, to reach conclusions on non-verbal communication we must be connoisseurs of the social etiquette and consider in this light all the gestures that manifest around it. 3. Analyze the sequence of gestures. We will have to analyze the order in which the gestures are expressed. When a gesture of doubt is followed by a gesture of approval it indicates that our interlocutor is convinced of what we are saying. When a gesture of approval is followed by a gesture of doubt, it indicates that our interlocutor has reflected on the information we are transmitting and is not convinced of it. Thus, the sequence of gestures shows us the different states through which our interlocutor is passing and allows us to redirect the arguments and weigh their strength. 4. Beware of synchronism. It is much easier to control our speech than our gestures, which is why many times people show verbal speech that does not match their non-verbal expressions. Such is the case of a person who tells us that he accepts us in his work group and that we will have a friend in whom to trust but remains behind his desk, with his arms crossed on his chest and a posture slightly leaning back. Evidently his attitude doesn't show much warmth or acceptance. Another example can be found in people who try to be open and earn our trust but the smile only appears at the end of the conversation. When we are experiencing an emotion this is constantly manifested in our gestures, in this way if the smile appears only at the end of the speech there is a good chance that the person is pretending and uses a constructed smile as a resource to give credibility to his words. The same happens with the fists on the surfaces (table, walls) after an apparent outburst of anger, they are only an additional resource to terrify the interlocutor by making him believe that the emotional storm has greater proportions. 5. Know your personal history. Although on many occasions it is difficult to get to know the history of people to understand their extraverbal communication, there are times when certain gestures are not a response to the current situation but rather to a fact that happened in the past that is momentarily remembered. In this way, if we know that our friend, or the boss has started a difficult day, we cannot hope that his gestures are totally positive and open but this does not mean that he dislikes us. These are just some general rules that all psychologists use, however, I would like to add an idea that I consider even more important: "do not be prejudiced". We cannot expect people to accept us immediately nor to totally agree with our ideas that, managing the secrets of non-verbal communication is a tool to facilitate communication and reach agreements that are advantageous for both, it must not become a means of to raise barriers against people but rather to learn how to break down barriers.
Audio Video "Lie to me": non-verbal communication
The important thing is not HOW MUCH we love but HOW we love ❯

add a comment of "Lie to me": non-verbal communication