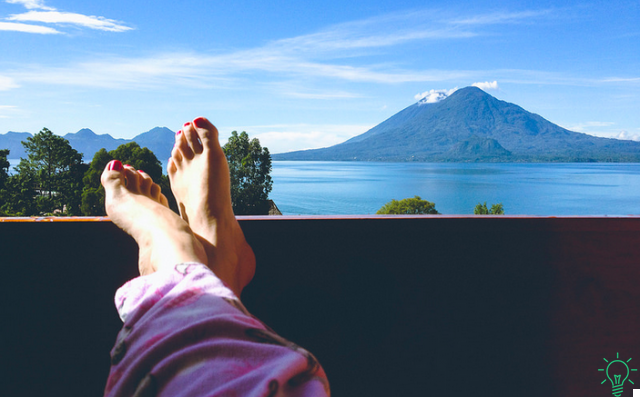 Interpersonal relationships are an immense source of joy, but sometimes they also cause great disappointments. Therefore, even if numerous studies have shown that having a solid social network of support is important to recover from diseases and keep problems such as depression under control, it is no less true that in some cases the old proverb is equally valid: "better alone that badly accompanied. " In fact, just think of the relationship between depression and diabetes.

When a relationship gives more dissatisfaction than satisfaction, more pain than joy, it's time to stop and question it. You will have to decide if that relationship can be repaired and have a future or if, on the contrary, you need to end it.

A toxic relationship can affect health

Psychologists at the State University of New York have put their finger on the sore by noting that a relationship that makes us unhappy can have a very negative impact on our health, both physical and psychological. In fact, the quality of a relationship can affect us far more than we think.

In the study, the psychologists analyzed the relationships of 200 young couples, engaged and married, in order to determine how these affected the subjects' health.

In this way they found that about one third of the young people had experienced significant changes in their relationships during this time period, as well as in their state of health. When love, affection, support, compromise, and understanding were produced in the relationship, the health of both members of the relationship improved.

However, when the relationship was characterized by hostility and criticism, people felt unhappy and frustrated. If these relationships were maintained over time, the health of the subjects began to suffer, symptoms of depression, problems with alcohol and other physical ailments appeared. It was also seen that the faster people left these bad relationships behind, the better they recovered, indicating that the longer the bad relationship lasts, the more difficult it will be to recover, both emotionally and physically.


Hostility and lack of support, psychological feelings that have physical consequences

A bad relationship can cause us to fall into a state of stress where disappointment is mixed with pessimism and anger. Obviously, staying in this state for a long period of time will cause physiological changes that will affect our health.

In this regard, a series of research conducted by specialists from Ohio State University are particularly revealing because they demonstrate, without a doubt, the enormous impact that a couple relationship can have on our health.

These researchers studied 76 women, half of whom were married and the other half divorced or about to separate. After analyzing their blood, they found that those who maintained a complicated relationship or were emotionally linked to a difficult relationship, exhibited a weaker immune system response.

They later involved 42 couples in the study in order to investigate what happens in our bodies during a couple discussion. The first day the couple had to talk for half an hour about a subject they both fully agreed on, the next day they had to deal with a problem on which they disagreed and which created tension.

As they talked, the researchers gave them small burns on their arms to analyze the effect of support or misunderstanding on the healing process. So they found that when couples argued, the wounds needed an extra day to heal. And in the couples who showed the most hostility, the wounds took two days to heal.

These data suggest that the stress we experience in a relationship triggers changes in our bodies that, in the long term, can have negative effects on our health. Therefore, if you are "trapped" in a toxic relationship, which generates more dissatisfaction than happiness, you should stop for a moment to rethink the path you have taken, reflect and find the best solution for both of you.


Why is it better to be alone than badly accompanied?

There are people who exert a positive influence. People who contribute a lot and help us grow. There are others who, due to the type of relationship we have established with them, limit us. When we are in the company of the latter, we can feel alone because we have no points in common and we feel misunderstood, this generates an emotional void. Australian writer Germaine Greer summed it up perfectly: "loneliness is never more cruel than when you feel close to someone who has stopped communicating".

In many cases, these relationships become a source of systematic frustration or oppression that takes away our emotional energy or even ends up affecting our self-image and self-esteem. The alleged love degenerates into frustrating, catastrophic forms of coexistence and far removed from the genuine pleasure, happiness and satisfaction it should bring. In these cases, it is better to be alone than badly accompanied.

Loneliness by conscious choice can become a balm for the soul. It gives us incredible freedom and, above all, allows us to be alone with ourselves, to rediscover ourselves. Loneliness also allows us to set our priorities, encourages us to put ourselves at the center of our life and take control of our destiny, taking full responsibility for our decisions.

It is not an irrelevant change, especially if we take into account that many times, when we are surrounded by people, we end up subordinating our wants and needs to theirs, relegating ourselves to a second, third or fourth floor.

Finally, loneliness encourages us to complete ourselves as individuals and, paradoxically, prepares us for full love, that which does not arise from the fear of being alone or from emotional dependence, but from maturity and the genuine desire to share life by adding value to 'other.

This is why sometimes there are times in life when we have to think about whether it is better to be alone than to hang out with companies that limit or even harm us. Sometimes, making the decision to break up with that relationship is simply a matter of psychological survival.

The siesta or afternoon nap: some curious facts ❯

add a comment of Science confirms it: Better alone than badly accompanied