Our nightmares revolve around these 11 points 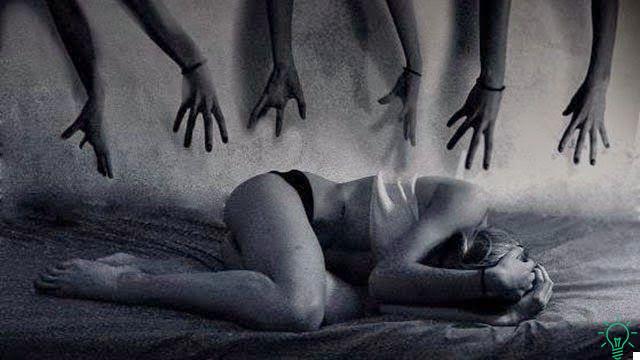 We all have our fears and fears, which often manifest themselves through nightmares. In reality, according to the Freudian vision of dreams, some of these are messages that our unconscious sends us to make us aware of the problems that have not yet surfaced in our consciousness, perhaps because we are not yet ready to face them in an assertive way and without causing us problems. damage.

We like to think our dreams are unique, but the truth is we'd be amazed to find that most people have the same nightmares. After all, we're not all that different. Or at least that's what a curious study conducted by researchers from the University of Montreal suggests.

In this research, 253 nightmares and 431 negative dreams reported by 331 people were analyzed. It is worth remembering that the main difference between nightmares and bad dreams is that the latter do not wake us up or cause that uncomfortable feeling that nightmares generate.

What is interesting about this study is that, while most of the previous studies asked people to classify their dreams according to an already existing list of categories, this time the researchers allowed the volunteers to keep a diary of their dreams, in such a way that the dreams flowed more freely and, only later, were they classified according to their content.

What were the contents of the most common nightmares?

Can people from different cultures have the same nightmares?

In the past, when we began to investigate the content of dreams, each culture was thought to produce its own content. But after much research it was found that the cultural differences are not as great as imagined. This basically means everyone has the same nightmares, what can vary is the frequency, as some cultures care more about certain topics than others.

Obviously, the way in which these concerns are presented and, above all, the explanation given for them also changes. A good example is a study of sleep paralysis a few years ago. In this survey it was found that both Japanese Canadians statistically suffered from sleep paralysis episodes equally. However, the way they experienced the situation was very different. While the Canadians believed that it was some kind of dream and did not give it too much importance, the Japanese had less reassuring experiences, which is probably due to the fact that in their culture there is the myth of a spirit called "Kanashibari" which would immobilize people, tying them up, while they sleep.

Proactivity is: getting up early in the morning

Dream: Tell me how you sleep and I will tell you what you dream about

add a comment of Our nightmares revolve around these 11 points