Gossip crashes into the smart ear 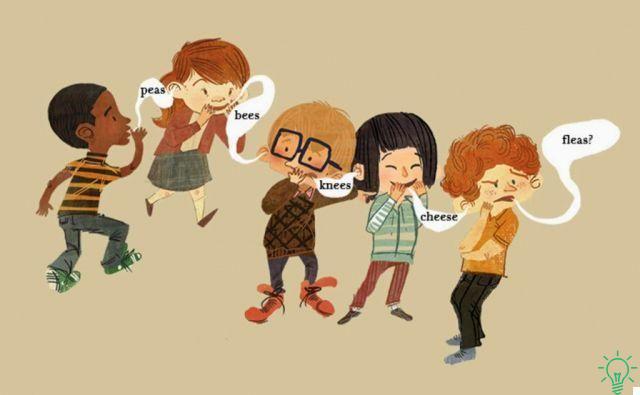 “You'll never believe what I just learned! Now I'll tell you, but don't tell anyone. "

When I hear this, the first thing I think is: "if no one needs to know, you better not tell me". But of course, I remember later that gossip serves as a social glue and I stoically endure a prudent time before changing the conversation without sounding too rude.

However, the gossip is as old as humanity. The basic mechanism is always the same: there is one person who invents stories that distort reality, these are then served on a silver platter to gossip to spread them and a naive third person believes it without offering any resistance. Fortunately, the fake news crashes into the ear barrier of an intelligent person who understands that there is no point in paying attention to gossip let alone spreading it.

Gossip works as a social glue

Gordon Allport explained that gossip serves to bring people together in front of someone, usually the object of the same. In practice, the act of gossiping acquires an intimate character, so the person gossiping is telling his interlocutor that he values ​​him enough to reveal a "secret" to him, even if most of the time this is not the case.

In many cases, the gossip contains an implicit alarm, it is an indicator that the public is against something, so it becomes a kind of "friend's warning". From this perspective, they allow us to take a stand and integrate the group that has formed against the person or entity that represents the anti-values ​​that must be fought. In those cases, the gossip would be a kind of "letter of invitation" to the club.

But we must be careful because in many cases gossip becomes a social control mechanism that empowers the person who spreads it. Since the gossip has "inside information," he also acquires a certain power over the receptive group that believes him, a power that will allow him to manipulate it.

Gossip serves to channel people's uncertainties and anxieties. Indeed, for gossip to arise and be credible, there must be an ambiguous context. Allport proposed a law according to which gossip is directly proportional to its importance and ambiguity. In other words, the spread of gossip will depend on the importance attributed to the subject by the people involved and the degree of ignorance on the subject.

This means that for a rumor to spread, it must have some resonance in our beliefs and expectations.

A perfect example is what happened to the multinational P&G in 1980. It was said that its logo, which showed a man on the moon, actually represented a devil with horns and with the occult number "666". People began to think that the multinational supported satanic sects and stopped buying their products, causing them millions of dollars in losses.

Indeed, the rumor was spread by four competing companies, inviting Catholics to unite to face that perversion, but it is obvious that it found fertile ground in an age when the people were obsessed with Egyptian myths. P&G took them to court and they had to pay $ 19 million, but the damage had already been done, proving that in 1991 the multinational eliminated the supposedly diabolical details and in 1995 completely changed its logo.

Another example of the damage that gossip can cause is the case of the drink: “Tropical Fantasy”, which as soon as it came out on the market had a huge sales success because the price was much lower than that of its competitors. However, rumors soon spread that the drink was created by the Ku Klux Klan to damage the sperm quality of African Americans. From that moment on, sales plummeted by 70%.


That rumor was absurd, but it was "based" on the fact that many of the company's vending machines were located in slums where African-Americans lived. Of course, this was not a conspiracy, but a mere commercial strategy as the company, Brooklyn Bottling, wanted to position its product among the lower classes. Either way, it took the brand years to recover from that rumor.

These examples show us that gossip spreads when we perceive it to be credible (even the most ridiculous stories). When gossip takes advantage of intense anxiety or fear, we are less likely to analyze it logically or test its likelihood.

Fake news is a form of emotional manipulation, so the best weapons to deal with it are intelligence and logic. Getting informed is also essential, without falling into cognitive prejudices, since the fake news is full of ambiguity and ignorance.

According to Allport, gossip is created through these three processes, so that only 30% of reality persists:

1- Leveling. The news shortens, reducing the details and complexity of the story, something that facilitates its spread.

2- Exacerbation. Some features of the story are emphasized and exaggerated to make it easier to remember.

3- Assimilation. It distorts according to the prejudices, stereotypes and interests of the people who want to spread the news, making sure that it has an emotional resonance.

Therefore, when faced with false news it is better to act intelligently. When they tell you something that recalls an expected consequence or refers to feared or disappointing consequences, think twice before believing it and, above all, don't spread it.

add a comment of Gossip crashes into the smart ear