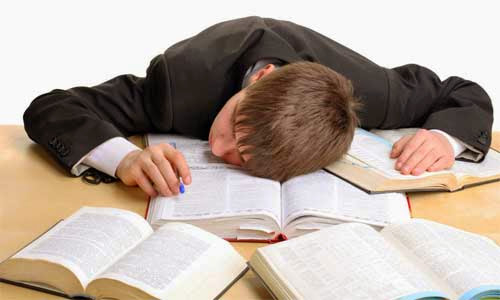 One of the tricks that young people who have to study for an exam have always used is to sleep after studying. Thus, in theory, what has been learned is consolidated. However, how much truth is there in this idea? Is this just a myth or can sleep really improve learning?

A study conducted at New York University has shown, for the first time, that sleeping after a study session increases synaptic connections (connections of one neuron with others to transmit information).

These researchers have delved into the mechanisms of sleep wondering why this would facilitate the retention of information by transforming it into stable and lasting memories. So, they worked on a group of guinea pigs who were injected with fluorescent proteins into their brains. Using a microscope with a laser scanner, these proteins allowed him to monitor the image of the dendrites before and after the guinea pigs learned a new skill, in this case, running on a rope.

Some of the animals slept after exercise, while others were kept awake. Thus it was observed that after sleep, those who had slept showed a greater number of dendritic connections. In particular, there was an increase in dendritic spines, a small part of the dendrite through which information is transmitted. This happened during non-REM sleep.

The researchers also observed that the same neurons activated during learning are also reactivated during sleep, but the connections vary depending on whether the guinea pig ran forwards or backwards on the rope, showing that each learning follows a different neural network. .

This phenomenon continued even after the guinea pigs woke up, a process that lasted between 8 and 24 hours.

These results show that dreaming, at least on a cellular level, is not a peaceful and relaxing process. Our neurons are still working and are in a continuous process of transformation processing the information we acquire while awake. In fact, sleep is a very effective strategy for improving synaptic connections and consolidating learning.

Therefore, if you have to memorize any lesson or learn a new skill, just finished, a little sleep could help you consolidate it. You don't necessarily need a very deep sleep, a nap may be more than enough.

Other studies suggest that experienced events lose their emotional impact, at least in part, during sleep. So now, the old saying is more true than ever: "If you have a problem, sleep on it."