7 common nightmares and their meaning 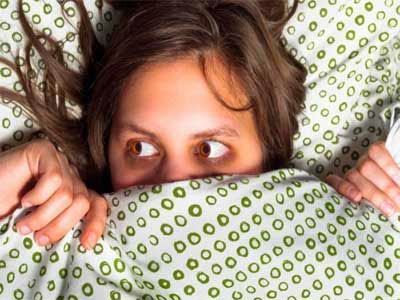 You wake up with a start in the middle of the night, you had a nightmare. You are sweaty and scared, as if you have actually lived the fact. You try to go back to sleep, but you feel a deep sense of anguish that remains until the next day.

I think this is a situation that we have all experienced at least once, after having had a dream that disturbs us. According to Freudian theory, the content of some of our dreams is the expression of our unconscious, which is expressed through these specific conflicts that we have not yet consciously received. Neuroscientists, meanwhile, argue that dreams are a way to reorganize the information we have learned throughout the day and to seek solutions to problems that interest us.

Obviously the contents of dreams change from person to person, but, in essence, our dreams are not all that different.

What are our worst nightmares and what do they mean?

1. Being chased. Many people report nightmares in which they are chased, and it usually means that they are feeling overwhelmed, stressed, or trying to avoid certain problems. In fact, one of the most common causes of this nightmare is the fear of confrontation. That is, the person is afraid of facing certain situations that would lead to major changes in his life, such as the breakup of a relationship or the disclosure of information that could cause serious problems.

2. Being naked in public. When this dream is experienced as a nightmare, it usually indicates that the person feels vulnerable, that he has no secrets. It can also occur in people who feel inadequate, unfit, or who believe they cannot cope with certain circumstances.
3. Get lost. This nightmare is usually particularly terrifying in children, but in general, it occurs at all ages. It usually indicates that the person feels that they are not in control of their life and does not know which is the right direction to take. It can also occur when the person has already made a decision, but deep down, believes that they will not be able to go through with it or that the decision made is not the best alternative.
4. Fall down. While this isn't always a nightmare, the fact is that we usually wake up feeling uncomfortable. In addition, it is one of the most common dreams that recur most often throughout life. What does it mean? Dreaming that we are falling can mean the fear of losing control of a certain situation or that you do not have anything solid to hold onto (understood as people or life plans). This implies a sense of helplessness and, in some cases, even the fear of death.
5. Drown. This nightmare expresses itself in different ways. Classically it refers to water, but it is also found when we are locked up in a place without the possibility of going out and experience the sensation of suffocation. In either case, it indicates that the person is feeling overwhelmed, perhaps because he is putting a lot of effort into a certain project but cannot see results. It usually appears when we are experiencing a painful personal situation and have not found a short-term solution. It also tells us that maybe we should rest, because maybe the routine is crushing us.
6. Being attacked. This nightmare almost always reflects the fear of how others will react to our actions. Obviously, we are not afraid of physical violence but criticism, we are afraid of being rejected and socially isolated, perhaps by someone we respect and love.
7. Losing your teeth. This nightmare can involve a sense of lack of control over our life. However, it usually occurs when we feel inadequate, ashamed of something we have done or have to do. It is also related to the perception of the body, the feeling of not being attractive enough or up to the situation.Obviously, it is clear that these are meanings of a general nature and that they can vary depending on the details of the dream. However, it is important not to consider the meaning of dreams as a kind of prophecy to be taken literally, but only as a sign that we need to stop along the way to solve a certain problem that worries us.
7 words that can change your life ❯

Did you know that sleeping little and badly shrinks and poisons the brain?

The best white noise generator for sleeping in 2022

add a comment of 7 common nightmares and their meaning