Are your dreams in color or black and white? 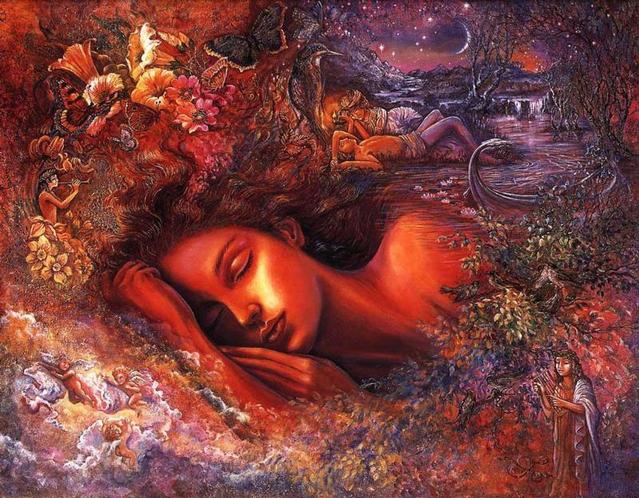 You have probably never wondered if we dream a
color or black and white, but still the answer is that most of the
people dream in color. But not all of them.

In 1915 it was reported that only 20% of dreams were
in color, in 1942 about 29%, during the 50s it was reduced to 15%. This
trend disappeared during the 60s, when it was reported that about 82,7%
of dreams is in color. This anomaly has two possible explanations: The first is of a methodological order: in ancient times they were used
questionnaires that did not allow to make the most of the memories of
people related to their dreams so that they could report memories
inaccurate and contaminated. However, today sleep is studied through diaries
of dreams or the known "REM awakening"; that is, it interrupts the sleep of the
person to ask you in-situ in
about the content of dreams. So the memories are fresher and less
contaminated. The second explanation has to do with the break-in
of black and white television. So it is very likely this again
phenomenon has influenced people by making them confuse their dreams with
the sequences seen on TV. Following this hypothesis, everything would lead us to
claim that in the past people dreamed in black and white, but today the
majority dreams in color. According to a new study carried out by the University of
Dundee, exposure to media influence would be the
more convincing explanation. These researchers studied the dreams of 30 people
in old age (average of 64 years) and 30 young people (average of 21 years),
using both the questionnaires as the "REM awakening". What were the
results? 22% of the elderly reported blank dreams and
black while young people did it only in 4% of cases. Another discovery
Interestingly, the elders reported that black and white dreams were
those in color were so real, while young people considered them a lot
poor. This suggests that the young people did not really dream in white
and black but rather that they kept only a poor and vague memory of the dreams a
colors. Of course, this study still leaves many open
doors: why seniors keep dreaming in black and white after having
seen color TV for many years? The impact received was so strong
with the vision of the first black and white programs that these have left
their indelible mark?
Are the witnesses reliable? Maybe only 50% of them !? ❯

add a comment of Are your dreams in color or black and white?