Talking in Your Sleep - What Does It Mean? 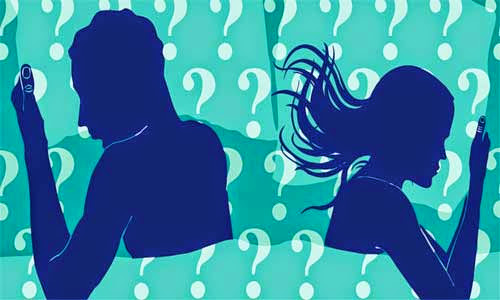 Probably someone will have pointed out to you that at least, sometimes, you have also happened to talk in your sleep. In fact, we almost all do it from time to time, even if when it becomes habitual we refer to "somniloquy", a real sleep disorder that involves talking frequently during sleep in an unconscious way. There are different ways of speaking in their sleep: there are those who chatter about incomprehensible words, while others utter perfectly understandable sentences and also manage to put together a fairly coherent and complete speech. Some speak spontaneously, without any stimulus, while others are motivated by another person, usually their interlocutor in the dream. The interesting thing is that often our voices can sound different than what we have when we are awake and this usually tends to scare the listener.However, talking in sleep is a very common phenomenon, especially in children and adult males. In fact, it is estimated that between 50 and 80% of children and adolescents have spoken in their sleep at least on one occasion, a behavior that tends to regress over the years.

The content of the speech can be completely random and sometimes only lasts a few seconds so that you don't even have time to understand what is being said. At other times, the content corresponds to lived, past or recent experiences.

Many people, especially couples, struggle to understand the meaning of speech, but in reality, this can be nonsense or, in any case, be a manifestation of the unconscious, which is not necessarily a reflection of what it thinks or hears the person when they are awake.

We must remember that dreams are not always the expression of our deepest desires or impulses, sometimes they are just pieces of everyday life intertwined in a casual way. Other times, these are memories that have been triggered by an event experienced during the day or by an external sound perceived by our brain during sleep. Therefore, we should not try too hard to find the meaning of the words.


The mechanism behind it

The person can speak in sleep at any time and stage of sleep itself, although it is more common for them to do so in the deeper stages. Therefore, people tend to talk during the first hours of sleep when it is the lightest.

During REM sleep, what is known as "paradoxical sleep" occurs, a phenomenon in which brain activity is very intense and dreams are particularly vivid. Muscle disconnection usually occurs during this phase to prevent us from hurting ourselves. Usually the facial muscles and vocal cords are also disconnected, but it happens that this mechanism does not always work well and here we can miss out loud words while we sleep.

We can also talk in sleep during what are known as "transient dreams"; that is, the dreams of that phase in which we are not yet completely asleep but not awake enough. In those moments, the muscle disconnect has not yet been completed and therefore it can happen that we say a few sentences while sleeping.

Why do we talk in our sleep?

Talking in your sleep has several causes. Often, when delving into the person's family history, it turns out that there is a genetic component. Furthermore, this is also linked to other sleep disorders such as sleepwalking, nightmares or sleep apnea.

Sleep talking is not normally a serious problem and hardly ever needs treatment, although people may feel worried for fear of saying something embarrassing while they sleep. So it is not surprising that these people prefer to sleep alone, and this can be a difficulty for the relationship. However, when this phenomenon appears suddenly in adulthood it can be a symptom of other problems, in this case it is best to consult a psychologist.


When talking in your sleep is a symptom of a more serious problem, it is necessary to investigate the root causes and eliminate them. For example, if it is the result of too much stress, anxiety or depression, you will need to work on these states in order to promote more restful sleep.

When it's a problem in itself, it can often help to create comforting habits before bed, such as listening to soothing music or taking a warm bath. Obviously, one should avoid the use of stimulants in the evening and make sure that the room is always the same temperature, that it is dark and quiet enough. The habit of always going to bed at the same time can also help.

add a comment from Talking in Your Sleep - What Does It Mean?