La nutmeg is a spice obtained from the fruit of Myristica fragrans. From action digestive, carminative and aphrodisiac, it is useful against vomiting, nausea and diarrhea. Let's find out better.

> Properties and benefits of nutmeg

> Calories and nutritional values ​​of nutmeg 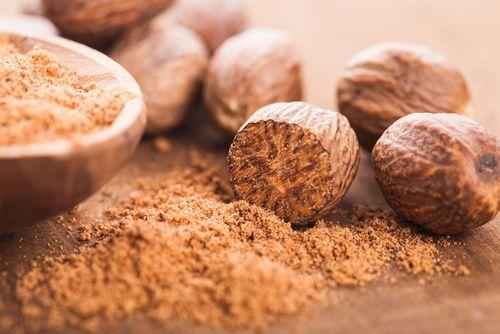 Myristica fragrans is a tree native to Indonesia that grows in tropical climate regions.

The fruits of Myristica fragrans are marketed as spices: the seed is nutmeg, while the fleshy coating that covers it is mace (a spice little used in our country with a scent similar to nutmeg).

Properties and benefits of nutmeg

Nutmeg stimulates digestion, is carminative, antiseptic and attenuates some disturbances such as vomiting, nausea and it is useful against diarrhea.
According to folk medicine, among the virtues of this spice there is also that of being considered a powerful aphrodisiac.

L'oil extracted from nutmeg is effective, for external use, against neuralgic and rheumatic pains.

Particular attention should be paid not to abuse nutmeg. This nut, in fact, if consumed in high doses (we are talking about doses that exceed 5 grams) causes alterations of consciousness and hallucinations as well as addiction.

Calories and nutritional values ​​of nutmeg

You can learn more about the ingredients of aphrodisiac cuisine

The nutmeg flavor is refined, sweet and exotic with a slightly spicy note.
In the kitchen it is used as ingredient in sweets, creams and puddings, but also in savory dishes such as mashed potatoes and boiled vegetables, which enriches with a spicy scent.
A sprinkle of nutmeg is perfect for flavoring cocktails and alcoholic beverages such as mulled wine, punch and egg nog (English drink made from milk, liqueur and eggs).

In Middle East nutmeg is widespread and enriches the flavor of meat, eggs and cheeses.
In Europe it is widespread in the German cuisine. In the country this spice comes added to the filling of tortellini and meat-based ravioli, To cheese and to spinach.


On the market, nutmeg can be found already ground or in whole seeds (brown or white). To better appreciate its aroma, it is advisable to buy walnuts and grate them just before use.

Nutmeg, like cola, among the nerve foods: discover the others 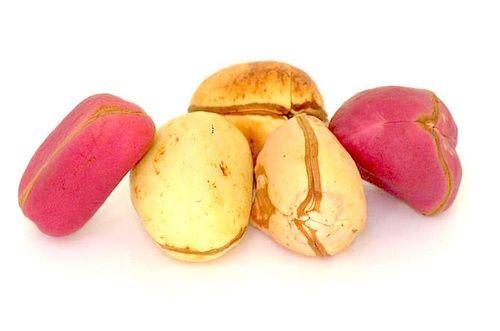 Long spread in the Arab markets, nutmeg was established in Europe only in the sixteenth century, becoming so sought after and appreciated that it was soon cause of bitter hostility between Western powers who tried to win the monopoly.

Its so aromatic and spicy flavor literally fascinated the West: in some books it was claimed that nutmeg was a powerful exciting to always carry on or in your pocket, it was mentioned among the aphrodisiac ingredients of the "love pill" and for his hallucinogenic effects became in the twentieth century the "amazing of the poor".

Nutmeg was so loved that it had become common practice to take a nut and a small grater with you to add the spice to wine or food if convivial situations suddenly arose.

add a comment of Nutmeg: properties, use, nutritional values