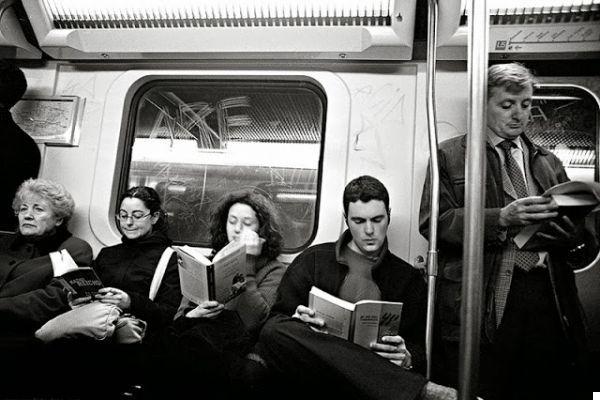 When I was studying at the university I went there
often on the train, so that I took advantage of those hours spent traveling for
light. I never lacked a good book in my backpack. Just those books
now I have a good memory. Many me return
to memory without trying too hard.

I've always wondered why. Perhaps
it depends on the stops the train made, the minutes spent watching
through the window reflecting on a particular passage that
I had just finished reading. But now, a recent study,
intervenes to reveal a very simple cause: take short breaks after having
carried out intellectual activity, power up
the memory. This study made by the University
of Edinburgh, found that when people took a short break
after having carried out an intellectual activity (such as studying a chain of numbers
for example), they could remember better, than those who didn't have the
opportunity to take a break to consolidate learning. This would explain why I tend to
better remember the books I read little by little in my spare time
rather than the ones I read in one go. Indeed, when you read
comfortably seated at home you tend to read pages and pages without
stopping while traveling, interrupted by environmental stimuli, we interrupt
reading several times, and this, instead of distracting us, helps to reinforce the
I remember. To check if this theory does
really apply to remembering, the researchers went beyond the chains of
numbers and asked the participants to read a story. Seven days later,
they had to tell all the details they remembered about it. The key
it consisted in the fact that some of them read the story continuously
while others interrupted the reading several times by taking breaks of approx
ten minutes. What were the results? Again, those who had
reading the story by taking breaks, they seemed to have a better memory
of the same. The most surprising thing is that this memory could have been
equate to the amount of detail that people told they had
read the story in one go just after reading it. In summary, take a break during
reading is not just for improve
the memory in the long run but also to enhance it.
Memory improves if we walk in nature ❯

add a comment of Memory: Improve by taking 10-minute breaks