Memory improves if we walk in nature 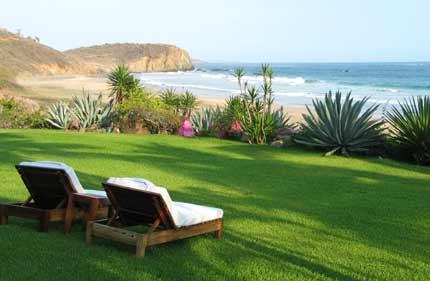 New studies have found that short-term memory improves by about 20% if we walk in nature or even if we just observe images of natural landscapes. At the University of Michigan they set out to test whether a walk in nature while observing the view can enhance memory functions. In the first study, the volunteers had to memorize the numbers shown to them in a random order. After viewing the figures, people went for a walk, one group headed to an area surrounded by fir trees while the other group strolled around town. All people were monitored with a GPS. When they returned they had to repeat the numbers memorized previously. The results were very clear, those who had been in a natural environment showed superior memory, they could remember 20% more information. In a second part of the study, participants were unable to leave the laboratory, so one group was shown images of natural landscapes while the other group was shown photos of cityscapes. The differences were not as stark as in the first phase, but similarly those who had observed natural images showed better memories. This study was a replica of earlier research developed in 2005 by the University of Padua, in which it was hypothesized that seeing natural landscapes had a restorative effect on the cognitive system: people are able to focus their attention, consolidate memories and have a greater control over their cognitive functions. What is the cause of this phenomenon? The hypotheses are various, one of them affirms that the involuntary attention we have to devote to traffic, people, the stimuli of the city distract us and ensure that previous experiences are not fixed with the same clarity. Let's imagine crossing a street in a big city: we will have to pay attention to traffic lights, to distant sirens, to avoid passers-by, the noises of mobile phones, the noises of background conversations that reach us ... it is not strange that our cognitive resources are compromised from all this activity. On the contrary, a natural landscape modestly compromises our resources, indeed, it favors a certain relaxation that helps to consolidate our previous memories, in short, it would have an effect similar to that of sleep in consolidating memories. Even if the experiment does not have great pretensions, it undoubtedly turns into one of the researches of a more real nature. Many people have probably already practiced it without fully understanding its cognitive effects. Like? Simply by putting a background image on your computer screen or a screen saver depicting a seaside landscape or a forest, which helps us to relax when we are overly tense in the office.

The prodigious memory of musicians: What does it depend on? ❯

add a comment of Memory improves if we walk in nature