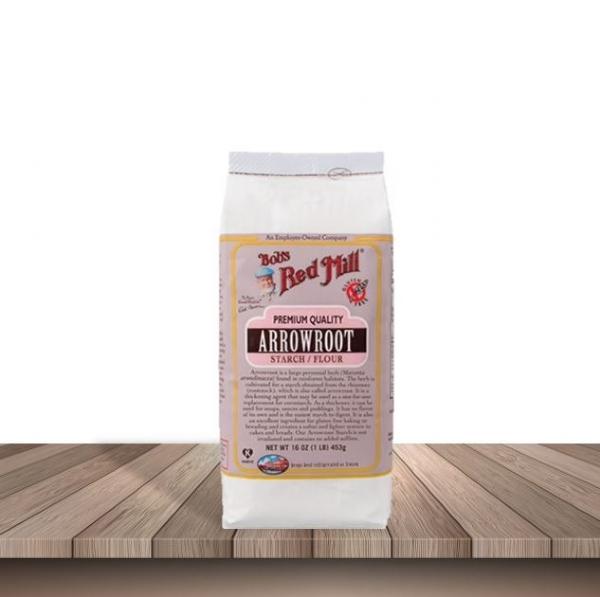 Maranta is a tropical plant native to South America, with lively decorative and variegated leaves, which draw two shades of green, and is also called the Prayer Plant because of the closing of the same two by two, as when the hands are joined in prayer.

It is a perennial shrub that has tuber-shaped roots, belonging to the Marantaceae family; specifically, it is from Maranta Arundinacea that is derived from radice the starch of maranta, used in the kitchen in many recipes.

Use of maranta starch

If you use like a potato starch or starch, especially for doci e torte. Widely used in the United States, where it is known as arrowroot, not to be confused with the Brazilian arrowroot which is the other name of the more well-known tapioca starch.

Maranta starch is used as a thickener for soups, velvety, sweet and savory sauces, jams and desserts.

The fantastic thing is that the starch of maranta does not contain gluten, so it can also be used safely by those who are intolerant or suffer from celiac disease.


However, every single food must be carefully checked: products marked to be safe for consumption by a celiac must bear the crossed ear and / or the warning "gluten free"On the label or on the AIC handbook.


With the starch of maranta you can even prepare the bread, obviously mixing it with other flours, such as sorghum, tapioca, quinoa, millet, corn, broad beans or chickpeas.

Nb: organic maranta starch it's not that cheap: the price per kilo it is around the 30/32 euros, so a 250gr bag can cost up to 6/8 euros. The good thing is that it has a high thickening power: a teaspoon of maranta starch is enough to thicken more than two liters of water.