Frog Stand In Calisthenics | How To Do It Correctly?

We have been accustomed for some time now to the spectacularity of videos on youtube of great athletes and performers who exhibit extreme "calisthenic" skills with extreme ease.

While some of you might find one in such videos direct stimulus in wanting to start such a discipline, others may feel intimidated by not knowing in the least where to start, much less knowing how to orient themselves between what is within their reach or not.

Let's start immediately by saying that calisthenics is not, and must not be, a mere prerogative of super athletes.

In fact, I do not only address the very young, but also the less young who can undertake this discipline with perseverance and passion (let's not forget that one of the strongest female athletes currently in your country is 47 years old and started this sport very late). 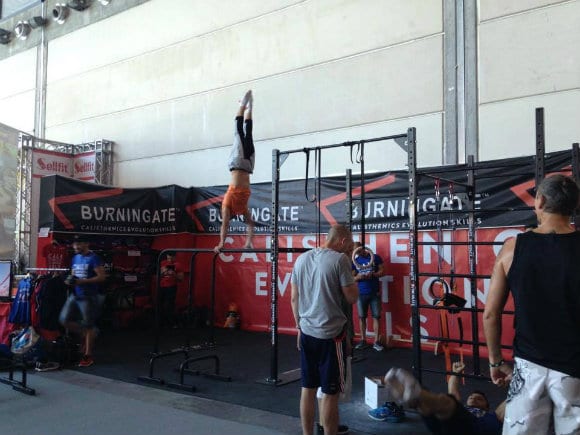 Now beyond the Greek etymology that sees the word calisthenics translated into "bella”+“force”, We know that the application in the field finds the most varied forms of interpretation.

There are those who interpret this sport as a mere test of strength on basic exercises such as tractions, dips until you get to ballast them incredibly; who focuses on movements of acrobatic and explosive freestyle with plyometric bends in free vertical or with vaulting and 360 at the bar.

Who still prefers to be less acrobatic and focus on the so-called lever from the classic back, front and statics of planche, Maltese, evolving more and more towards almost impossible skills such as victorian; those who love to reinterpret the use of rings beyond what is considered classic in artistic gymnastics ... in short, the "skills" (abilities) are many and constantly evolving.

In all this apparent chaos, however, we find common denominators that outline the "Calisthenics".

The expressions of maximal strength e sub ceiling in “unusual and extreme” angles of movement combined with high levels of coordination and balance make Your Body the undisputed king of this discipline.

THEuse of weights is secondary, optional, possibly functional to enhance basic movements (for example tractions), or spectacular aimed at emphasizing athletic prowess in a given skill (eg. Human Flag with someone on top). 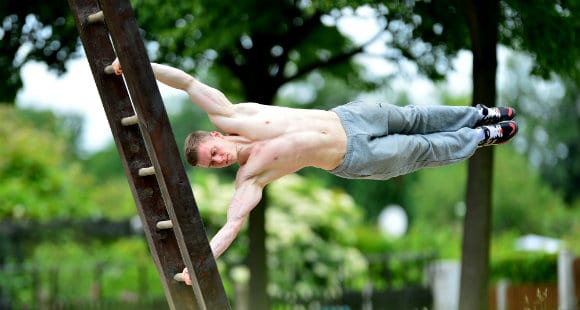 The certainty is that if correctly performed Calisthenics can lead you to unimaginable satisfactions through a long journey of self-knowledge, self-discovery and continuous evolution.

The speed of your progress The progress will depend on a set of factors: age, general mobility conditions, the fact that you have enjoyed a sports transfer (having practiced similar sports previously), genetic predisposition, frequency, quality, training planning.

As in everything therefore there will be those who will be more advantaged and those a little less; but this should not make us give up, on the contrary each of us should be stimulated in this path by setting goals each time that are within their reach and then, once achieved, move on to a goal that is on the slightly higher step.

If you are at the beginning of your calisthenics journey, I advise you to put aside all these “super skill names” for a moment, and focus on yourself.

It all begins with a thoughtful work of joint mobility associated with a general, structural reinforcement starting from the basics.


The basics include exercises with motor patterns "tested since birth"(Push, pull, lunge, squat, bend) and multiarticular movements that involve all the work planes of the three-dimensional space (frontal, sagittal, transverse). 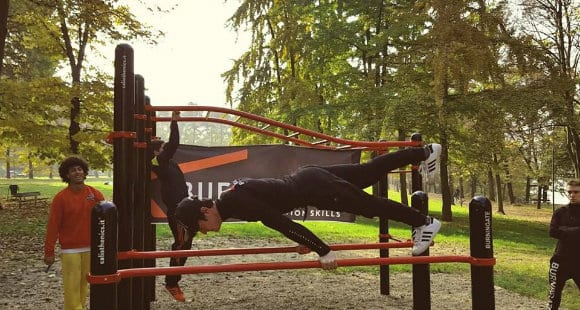 After these solid foundations it will be possible to begin a little at a time to talk about preparatory courses aimed at skills. Let's dispel the myth that legs in calisthenics don't have to train.

The legs must be trained and how! It's not just an aesthetic factor (because having big arms and dry legs is not a pretty sight), but it is a question of harmony and structural functionality of the body!

I would like to conclude this article by leaving you with the video dedicated to a particular exercise that does not require particular strengths and that also cultivates the playful aspect, since, let's remember, the calisthenics must also make us satisfied with ourselves, it must excite and entertain us.

Exercise has its roots in yoga and you can incorporate it into your training routines in parallel with strengthening with basic exercises.

La Frog Stand and its variants can already be approached from a very basic level for improve arm strength, become familiar with balance by learning to activate the abdominal muscles with the thrust muscles in an increasingly synergistic way.

La frog stand yogica, if revisited in a calisthenic key it can evolve into increasingly complex figures with greater loads of leverage in the horizontal (Board) or vertically, even doing pushups on your arms.

Here is the video!

Audio Video Frog Stand In Calisthenics | How To Do It Correctly?
Front Squat | How is it done? Advantages and disadvantages ❯

add a comment of Frog Stand In Calisthenics | How To Do It Correctly?