Emotions: twelve rules that govern them 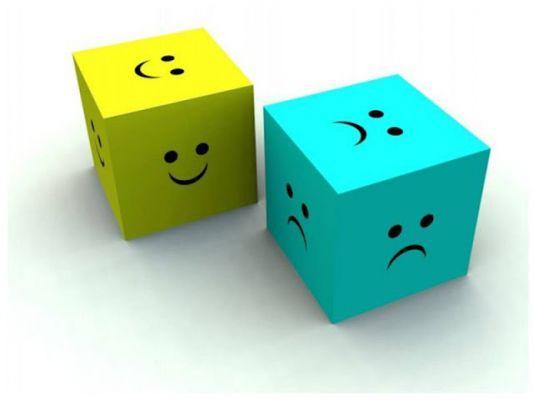 Emotions have represented the Cinderella of Psychological Science for many years. The path taken by Psychology regarding cognitive processes is very long but emotions have always remained relegated to a second level so that their study many times leads us to the complexity of the deepest subjectivity. However, their studio is currently making a comeback. So much so that one of the main researchers, Fridja, also offers us some rules to try to understand our daily emotions. 1. Law of situational meaning. This law tells us that emotions derive from the situations we live, however it goes a step further and states that generally similar situations generate very similar emotional responses. As if to say, the things that make us angry are likely to continue to make us angry for a long time. If we are afraid of insects we will probably continue to be afraid of them ... even if we change the intensity of the emotional response, it is likely that identical situations always give rise to the same emotion. 2. Law of worry. We feel emotions because we worry, because we show a certain interest in something or someone. Emotions arise because something is particularly significant to us and touches the strings of our system of values. 3. Law of apparent reality. Anything that appears real to us will trigger real emotional responses. In other words, the way we interpret the most diverse situations will determine our emotionality. This is the reason why films and books of bad quality do not trigger our emotions, because we take them as unreal facts while a good book or an excellent film makes us relive the fiction as if it were a real fact in the world. which we feel emotionally involved. 4. Law of habit. Our emotional response is decreasing the more we get used to the events, it is as if we develop a certain threshold of sensitivity that increases with repetition. Such is the case with medical personnel who get used to death. 5. Law of change. Contrary to the law of habit, this law refers to the fact that when we experience change we respond highly emotionally to it. 6. Law of comparative emotions. Throughout our life we ​​develop an emotional frame of reference with which, many times unconsciously, we compare our emotional responses and their intensity. In this way we control the emotional intensity and do not show an overreacted response. 7. Law of hedonic asymmetry. Although according to the law of habit, recurrence should minimize the emotional impact of the facts, there are some circumstances that escape the rule. Thus, there are things to which we get used to and every time we have to face them we always activate an equally strong emotion. However, these facts are the ones that normally have negative implications such as the loss of a loved one or the loss of a job while those facts that trigger positive emotions are more influenced by habit, thus causing increasingly poor responses to be observed in front of the same. . In summary: we have a tendency to get used to positive facts but in the face of pain we still remain deeply emotional. 8. Law of the conservation of emotional moments. Events retain their emotional power through the years if we do not renew their value in the light of new experiences. In this way, unless we reflect on the true importance of failing an old school exam for example, it will continue to bother us by returning to our memories to activate at any moment as a shameful and painful memory. 9. Law of closure. We have a tendency to respond absolutely to our emotions and these lead us towards two totally opposite choice options. In other words, when we are emotionally involved we see the world in black and white and so our behavior or possible decisions will not contemplate nuances. For this reason, popular wisdom recommends making decisions when the emotional storm has passed. 10. Law of attention and consequences. People usually have the opportunity to reconsider their emotions and modify them in relation to their possible consequences. For example, anger can provoke violent feelings directed towards other people but we are able to value what we feel, limit responsibilities and reorganize our behavior. Unfortunately this is one of the laws that don't always come true. 11. Law of brilliant lightening. We all know that the emotional impact of facts largely depends on our interpretation of them. Hence, people tend to reinterpret situations to lessen their negative emotional impact. The problem is that we normally generate an illusory interpretation. 12. Law of earnings. When a negative situation can offer us emotional gain, we have a tendency to reinterpret it and use it in our favor. Perhaps the most common example is when we realize that getting angry will have the effect of getting others to obey our orders. Of course, we can neglect some of these laws but nevertheless I ask you to analyze them in the first attempt to accommodate the complex world of emotions. In this way, even if we will not take them literally, they can serve as a starting point for us to reflect on how they manifest themselves in each of us.

add a comment of Emotions: twelve rules that govern them