Emotional Vampires - How To Recognize Them? 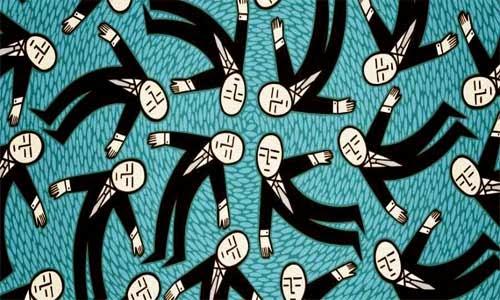 There are people who send us good vibes and fill us with optimism making us happy for the day. However, there are others that distress us with their pessimism, immaturity or selfishness. They are emotional vampires, people who use our life energy and use it to fuel their negativity.The problem is that emotional vampires not only cause us momentary discomfort, but, by dint of dealing with them day after day, they cause us great stress and anguish, not only emotionally, but also physically. In fact, we cannot forget that emotions are contagious and that negative emotional states maintained over time can give rise to numerous diseases. So the first step in dealing with emotional vampires is learning to tell them apart.

People who feed on the energy of others often use emotional manipulation to achieve their goals. They approach others to extract their energy and empty their load of negativity, once done, they move on to the next victim without feeling any shame or remorse. The point is that these people have very little empathy, are extremely selfish and unable to put themselves in the other's place for even a second.However, there are different types of emotional vampires, and not all of them act in the same way:

How do emotional vampires work?

To exercise their power, emotional vampires need two essential conditions: proximity and time. That is, they need to establish some emotional bonds with the person to know his weaknesses and be able to guide him where they want. Thus the most harmful emotional vampires are found in our environment, in the family, among friends or our own partner. Furthermore, the closer the relationship, the more difficult it will be to find out and the greater the damage.Often these people humiliate their victim but always have a good excuse or alibi available to explain their side of the story and pretend to be good people. In fact, in the eyes of others they can even adopt the role of the victims, when in reality they are the executioner.However, it is clear that in many cases this pattern of behavior is not aware. That is, the emotional vampire behaves automatically, without thinking too much about the consequences of his actions, because perhaps it is the only way he knows of relating, a relational style that perhaps he has learned from his parents or developed as a defense mechanism in front of him. to traumatic situations experienced in the past.
Obviously, the fact that they are not fully aware that they are robbing us of our energy is not a good reason to allow them to act with impunity. So, if you escape a person without knowing why, if it costs you to return a phone call or if the mere thought of meeting someone is exhausting, you are probably facing an emotional vampire. Then activate your radar and do not fall into its net.
Truth and Lie: Darkness promotes unethical behavior ❯

add a comment of Emotional Vampires - How To Recognize Them?