Yam e taro, respectively Discorea rotundata and Colocasia esculenta, are two exotic tubers that for some time we have also been able to find on the stalls of markets and villages: often in ethnic markets and in Chinese, Indian, Arab and African food shops; more rarely in supermarkets, where, however, they are slowly beginning to appear more and more often.

The yam we find here 99 times out of 100 is the white yam, a roundish tuber of considerable size that is often sold in slices or sections. The brown skin covered with earth is somewhat reminiscent of celeriac, while the pulp is very firm, crunchy, dense and heavy, white in color sometimes a little pink.

Other less common types of yam have an elongated shape, orange flesh like some sweet potatoes, and a clean, less wrinkled skin. The taro, originally from India, is found less frequently than the yam and is easily recognizable: it is a small tuber, with bright and crunchy white pulp; the peel is spotted brown of various shades, with parallel horizontal streaks.

Sometimes it has rows of very dense aquatic roots, although these are often cut before being sold on the counter. The specific weight is lighter than that of other tubers and once peeled it secretes a particular latex, toxic if ingested, which causes a sort of excruciating pain in the oral cavity and throat, especially when swallowing, a typical plant defense to protect of the vital parts of the plant. 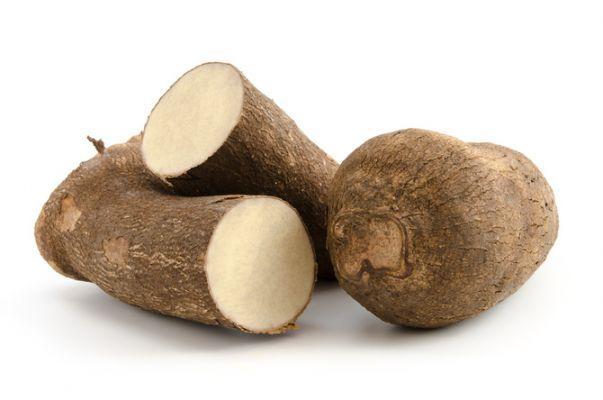 Among all the tubers, which in general do not stand out among all plant foods for their protein content, yam is one of those that contains the most. AND' rich in phenylalanine and threonine but poor in amino acids, so we are talking about a food that must be integrated with others and cannot represent a staple food. 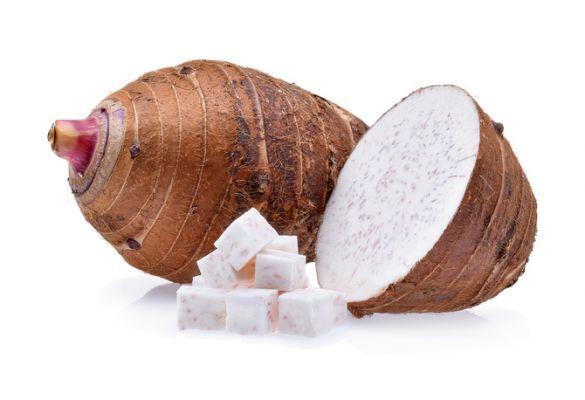 The taro it contains a wider range of trace elements than that of yam, in addition to potassium and manganese we find phosphorus, magnesium, sulfur and zinc.

It also provides dietary fiber, many carbohydrates, numerous phenols capable of protecting the skin and enhancing vision, and has discrete levels of numerous vitamins: C, A, B6 and E.

It is consumed in many parts of the world also due to its famous digestive properties: it favors the production of an ideal gastric environment, prevents and fights gastrointestinal problems such as constipation, flatulence, cramps, diarrhea.

Not only that, this kinetic action produced by dietary fiber, i.e. moving the material to be digested along the intestinal tract, it also helps in the prevention of specific cancers, like the one in the colon.

Still on the subject of cancer, the good percentages of Vitamin C and various beta-carotenes contained in taro have an interesting antioxidant power from the point of view of cancer prevention, that is the ability to eliminate free radicals that push healthy cells to mutate into cancerous cells.

Another noteworthy antioxidant present in taro is cryptoxanthin, a carotenoid with an important role in protecting the skin and improving the quality of vision. Unlike yam, taro contains a lot of calories, a valid reason to avoid binges.

add a comment of Yam and taro: properties and nutritional values