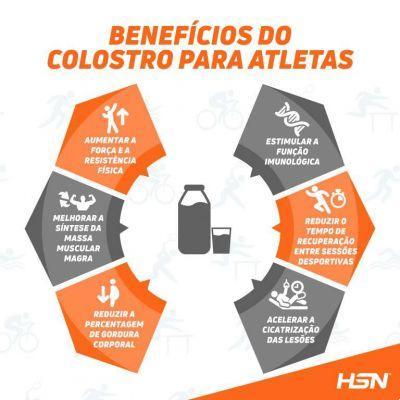 The term colostrum derives from the Latin Colostrum, coalescere whose etymological meaning is to grow, swell and, as we will see later, contains some of its properties in the name.

Le properties of colostrum are very important for the development of the immune system of the newborn. The benefits of this food, even in the form of a supplement, can improve the defenses and protect the gastro-intestinal system of adults.

Colostrum was renamed white gold and human colostrum is a thick, yellowish liquid produced by the mother's breast before the milky way about three days after giving birth.

Then there is an intermediate phase that can last from 2 to 5 days with the secretion of transitional milk up to the tenth day when the milk can be considered a mature food for the newborn.

In some women, colostrum is already present during pregnancy, in the first quarter, while it is generally found with spills in the third quarter.

A woman can produce 7 to 120 milliliters of maternal colostrum per day. Colostrum tastes the same as amniotic fluid and gives the newborn a feeling of security of continuity between the food he tasted in his mother's womb and the new condition of life.

Unlike in the past where it was thought that this substance could be harmful to the baby, it has been shown instead that it is an important contribution to support the immune defenses and to complete the development of the intestine.

In the veterinary field, the nutritional intake of colostrum in the feeding of calves for the first seven days of life was re-evaluated and also in the food sector, bovine colostrum supplements have been formulated, the much sought after Lactoferrin able to enhance the immune defenses.

They are ascribed to colostrum protective properties of the immune system, protein intake, in fact, compared to mature milk, colostrum contains more proteins and less lactose and fat, and solicitation of growth factors.

Colostrum is rich in components such as mineral salts e Vitamins (especially vitamin A, D, K and B12).

The necessary premise is to inform that theEfsa, the European Food Safety Authority, has not validated claims that certify the benefits deriving from the intake of colostrum.

On the market, however, it is possible to find food supplements based on bovine colostrum, to which numerous beneficial effects on the body and its functions are ascribable:

These properties are attributable to the presence of lactoferrin e proline (amino acid important for collagen formation).

It's The intake of colostrum is not recommended in case of lactose intolerance and allergies to cow's milk derivatives.

In general, colostrum is well tolerated. Any side effects found in sensitive individuals were nausea, vomiting and headache.

Audio Video Colostrum: properties and benefits
Foods rich in vitamin C, what they are ❯