Il wheat muscle is a product made from water and wheat flour, mixed with other flours, spices and herbs. With a saturated fat content and zero cholesterol, is a food rich in linoleic acid and vegetable proteins. Let's find out better.

> What is wheat muscle

> A recipe with wheat muscle 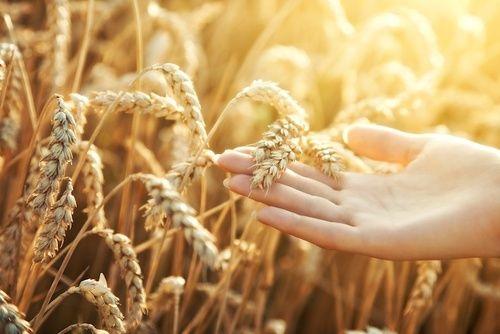 What is wheat muscle

Wheat muscle is the name given to a prodotto alimentare tutto del paese conceived by Enzo Marascio in 1991. It consists of a mixture of water with wheat flour (wheat gluten) and legume flours such as lentils, peas, broad beans, chickpeas, peas or soy, seasoned with oil and sea salt and flavored with spices and aromatic herbs.

The dough thus obtained forms the muscle and is very similar to bread or pizza, but before being consumed it comes cooked in a flavored broth. It is found on the market in various shapes and flavors, from fillet to steaks, from stew to roast, and various cold cuts.

Wheat muscle is rich in vegetable proteins of high biological value and therefore constitutes a valid alternative for those who, like vegans and vegetarians, do not consume meat, but also for those who wish to reduce the content of animal proteins in their diet. Given the low caloric value and low fat, this food is also indicated in the diet of sportsmen and women low calorie diets.

From the lipid profile, given the 100% vegetable origin, the wheat muscle has a zero saturated fat and cholesterol content. As for calories, it is calculated that for every 100 grams there are 150 calories, therefore low in calories. In addition, it contains a lot of proteins and essential amino acids which allow the assimilation of the proteins themselves.

This interaction makes the grain muscle a complete food, comparable to seitan, but richer from a nutritional point of view and softer, with an intense flavor, similar to chicken and mushroom meat.

However, it is good to keep in mind that vegetable meat it is not suitable for celiacs or to individuals allergic to soy (if the latter is used in the dough) and the very low content of bioavailable iron and the absence of vitamin B 12 make it not equivalent to meat, but certainly an alternative to legumes, steaks of soy, seitan and tofu. It is also useful to note that conservation is given only by sodium chloride and therefore the absence of nitrates and nitrites and dyes increase its qualities.

In a varied and balanced diet, where it can be useful to diversify protein sources, wheat muscle certainly constitutes an interesting food and can be found online as well as in organic and natural stores.

A recipe with wheat muscle

Wheat muscle can be eaten in various dishes, from stew to sliced, from fillet to roast, from salami to burger, but here is a recipe for making homemade vegetable meat.

Ingredients for about 500 gr

For the wheat muscle

Prepare the broth with about two liters of water and the indicated ingredients and let it simmer slowly for about an hour.

Finely chop all the herbs, spring onion and garlic. Sift the two flours together in a bowl and mix them with the herbs. In a glass of warm water, dissolve the concentrated tomato, add a little salt, the soy sauce and the oil. Make a hole in the center of the flour and pour in the flavored water. Start mixing with a fork and then knead by adding the necessary water to form a soft but workable and non-sticky dough (about two glasses of water). Knead the dough for ten minutes, then grease it with a little oil, wrap it in plastic wrap and let it rest for about ten minutes.

Take the dough and put it in a net, tie it well like a sausage and dip it in the boiling broth. Let it simmer for an hour, then turn off the heat and let the muscle cool in its broth.

Keep it in the refrigerator completely covered by its broth, or slice it and freeze it in the freezer until ready for use.

READ MORE
The properties, nutritional values ​​and use of tempeh