What would happen if everyone became vegan? The USA study 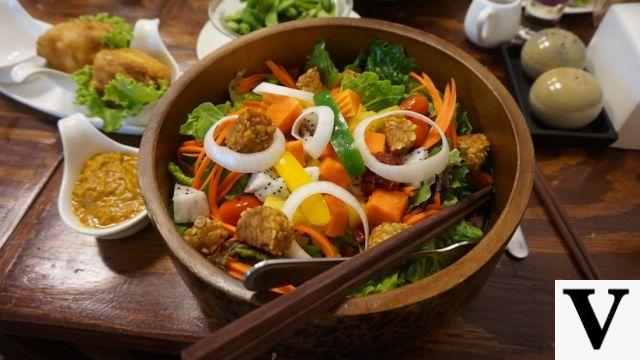 It is now widely recognized that intensive farming and in general the meat, milk and derivatives industry are directly responsible for the emission of greenhouse gases and therefore, at least in part, for global warming. But what if all in the United States became vegans? It was to imagine the scenario a new study.

The question was posed by Robin White of Virginia Tech and Mary Beth Hall of US Department of Agriculture who have decided to evaluate the impacts on CO2 emissions of the food style of the States, renowned for its richness in meat. So what would happen if all people switched to a vegan diet today?

According to the calculations of the two American researchers, a radical plan like this would have the immediate effect of reducing greenhouse gas emissions from the agricultural sector by 28%, a substantial reduction but certainly not what one would expect considering that the percentage of agricultural emissions for which farm animals are responsible overall is 49%. In fact, it must be considered that animals are also used in other ways, so to drastically reduce their environmental impact we should manage the agricultural sector completely without their help.

This would mean, for example, using other types of fertilizers in those crops in which animal fertilization is used and disposing of inedible human plant waste in another way, and with costs also in terms of emissions, which are often used for animal feed.


Overall, switching to a vegan diet would decrease total US emissions by about 2,6%. Scholars argue, in line with previous research, that plant foods have a reduced environmental impact compared to foods of animal origin and that with them it is possible to meet all the nutritional needs of people.

However, there is a supply problem, according to experts, in fact, completely eliminating meat from the American diet would open a difficult scenario. As Robin White stated:

“With carefully balanced rations, all nutritional requirements can be met with a vegetarian diet. But the types of foods that appear to do so are not currently producing in sufficient quantities to make it a sustainable diet for the entire population. (…) Overall, removing animals from food has led to diets that are not liveable in the long or short term to support the nutritional needs of the American population without nutritional supplementation ”.

In particular, the researchers argue that an animal-free agricultural system would not provide enough calcium for the US population, nor would it provide sufficient amounts of vitamins A and B12 or fatty acids.

On the advantages of the vegan diet, read also:


Of course what came out is just a hypothetical model with its strengths or weaknesses and according to the terms of this research, the results of which appeared in Proceedings of the National Academy of Sciences, the vegan diet applied across the country would produce undoubtedly some environmental advantages, but on the other hand it would pose new challenges. What do you think? Could a speech also be made on a global level?

Audio Video What would happen if everyone became vegan? The USA study
Cous cous: 10 easy recipes to prepare ❯

add a comment of What would happen if everyone became vegan? The USA study